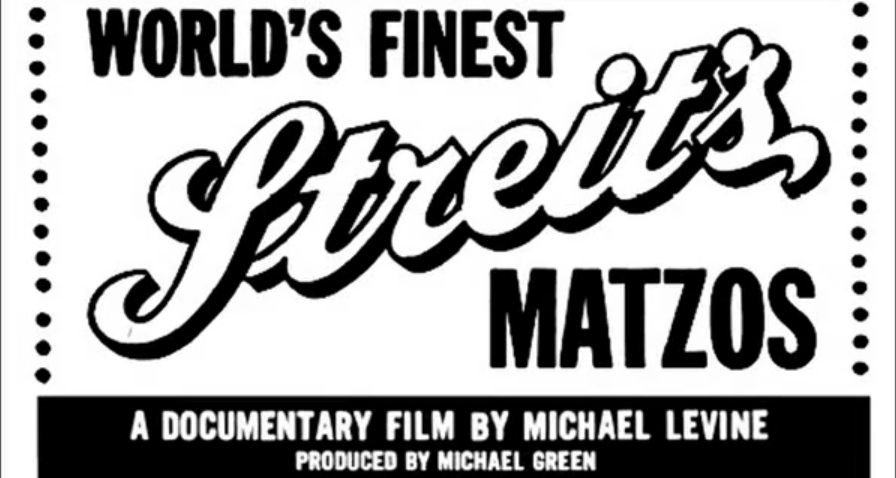 The other month we posted an extended trailer for filmmaker Michael Levine‘s documentary about the Lower East Side of Manhattan’s legendary Streit’s Matzo factory, and the cast of quintessentially New York characters who’ve worked there over the decades. We also used the opportunity to make a lot of jokes about matzah constipation, because, hey, we take the good (well, to the extent that matzah is “good”) with the bad (constipation is always bad).

Well, it turns out that Levine’s film has reached a milestone, of sorts. With mere days to go, Streit’s Matzo and the American Dream is still a few bucks shy of their Kickstarter-mandiated minimum. You know what that means – Kickstarter, fickle bastards that they are, won’t let Levine see a cent of his donations unless they cross that minimum fundraising mark by the end of May. Now, we all harbor some, shall we say… “frustrations”, with matzo, from time to time. Yes, it tastes like cardboard (and not that fancy corrugated kind, either). Yes, it seals you up tighter than an Apollo space capsule. But, folks, watch this preview, and tell us you don’t want to see this movie made?

So, nu? What are you waiting for? Head over to Levine’s kickstarter page, kick-start him a few of your hard earned shekels, and rest easy knowing you’ve helped distress the intestines of Jews (and maybe a few of their fool hearty non-Jewish roommates) for years to come.