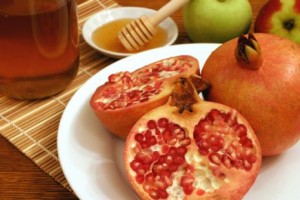 I have the opposite question of the one from the young man who was reluctant to bring his girlfriend home for Rosh Hashanah.  My son is an atheist and refuses to even come to dinner.  I’ve tried everything I can think of:  I  promised him I won’t make him go to shul (not that I could), that I don’t care if he drives over, I even suggested he wait in the living room while we recite Kiddush and Hamotzi.  And I know better than to tell him that one of my friends who’s coming has a daughter his age I think he should meet, so that isn’t the problem.  Yes, deep down I’d hope for him to be reminded of the warmth and spirituality of the holiday and reconsider his views.  But all I really want is for the whole family to be together.  Do you have any last-minute suggestions?  At this point I’m willing to try anything.

Unfortunately there’s nothing to be done this year.  Next year you could try making his favorite dessert and simply letting him know, without nagging, that you’d love to see him even if it’s just for a few minutes.  But you’ll need to start with a cleanish slate for that to succeed, and your slate needs a lot of scrubbing at the moment, more than could get done by Sunday even if you worked on Shabbat.

If Daniel is so anti-religion that he can’t be in the same room as it, he might become more tolerant as he matures (hopefully not spending too long in the stage of tolerance that requires snide commentary at every turn of every ceremony with which one deigns to bestow one’s presence).  On the other hand, if it’s family he’s avoiding, lose the hyper-focus on Rosh Hashanah and see the forest for the trees.  Maybe you should have let him play soccer with all of us in the park on Shabbat afternoons, know what I mean?

I realize this is scant consolation, but Rosh Hashanah is practically a legal holiday in New York City.  I heard gentiles making plans for Jewish New Year…. one way or another, your son will celebrate.

Shanah Tovah to you and Mr. H.,