What’s Wrong With You: No More Mr. Nice Guys and Please, Quiet About Your Diet 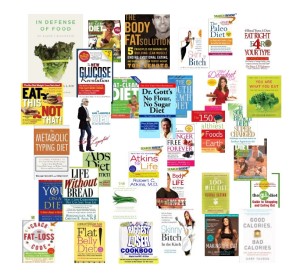 It’s that time of year again when I’m surrounded by people talking about how they’ve “resolved” to lose weight as they dig into that hot fudge sundae or chocolate mousse cake. As a recovering anorexic who has maintained a healthy weight for three years, I have a really hard time watching and listening to this. But I know that nobody wants to hear what I have to say. How should I respond when a friend tells me she’s starting her diet tomorrow–for the tenth tomorrow in a row?

I not only love giving advice, I completely agree with you that the words coming out of a person’s mouth should heed the food going into it. But dieting and weight-loss are political now–not to mention their own half of the bookstore, their own cable channels, their own country on the web–and in polite society we keep our political opinions to ourselves, at least until we’re asked. Asked, meaning with a question mark at the end that isn’t a verbal tic or indicative of a recent trip to London. When non- or faux-questions arise we change the subject.

I’m going on a diet tomorrow. Sounds like fun! I’m going to the dentist.

I shouldn’t have eaten that. You think that’s bad? I made a pass at my therapist!

I shouldn’t have eaten that, yeah? I need a new therapist?

Also be wary of questions that are just normal conversation. “Do you want dessert?” is not an invitation to explain that you no longer crave sugar because you’ve kept away from it for so long. The short but sweet, er, saccharine, no wait…. the celery stick Thanks, but I’m full from dinner gets the point across–and you won’t be a hypocrite should some caramel bonbons with your name on them happen along.

I took your advice and  didn’t dump my girlfriend on New Year’s Eve. I gave myself until the end of January. It’s for her own good that we’re breaking up–I’m setting her free so she can find someone to marry and have babies with. But I don’t want her to feel like it’s her fault. How can I convey that without sounding like a cliché?

Way, way back in the day I had a sort-of boyfriend who was incapable of monogamy. He simply wasn’t wired for it; even with permission to get some on the side, he couldn’t focus his attention on the same woman for more than six months.

But oh! How he hated himself for hurting the fairer sex wherever he went. What a burden he carried, being such a loving and generous soul yet fundamentally incapable of loving and being generous to one innocent flower above others for any meaningful period of time.

Your girlfriend is going to despise you, Dude, at least in the beginning. And you probably won’t like it when she starts sleeping with other men and getting over you, either. But first things first: shed the Mr. Nice Guy delusions and get over yourself. When you accept that there’s hate in your future, and that you’ve earned it, the words will come.

I’d leave out the marriage and babies part, though. It’s not just cliché, it’s presumption.

Best of luck to both of you,

I’m twenty-eight, dating a man who’s fifty. He’s nicer to me than anybody my age has ever been, so I’m enjoying the relationship for what it is. The only problem is that his twenty-year-old daughter is mad at me for getting her a Sephora gift certificate for Hanukkah. Somehow when I asked her father what she might like, he got confused and told me things she’d told him she would hate. Shouldn’t he be willing to admit that to her?

Mr. Nicest Guy in the World is an overgrown boy who doesn’t pay attention and never makes mistakes? Take the money (if there is any) and run.