What’s Wrong With You: Halloween Edition – Don’t Be a Dick 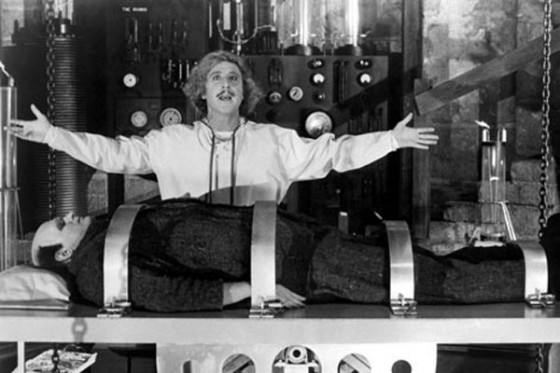 Funny you should mention me in last week’s column because I was thinking about you, too. First an update: while I did contact my ex on Valentine’s Day despite your advisory against, we’ve both moved on at this point and are friends again. So, what’s the problem? I have a lot of problems, as you know, but here’s one I have for you: I’m casually seeing three women, and they’re all going to be at the same Halloween party. I’m not lying or cheating on any of them, but just because they know about each other doesn’t mean I want them to meet each other (even if it’s inevitable). Am I a complete idiot if I go to this party?

It’s great to hear from you and that you’re not stalking your ex, assuming she agrees with your definition of moving on. But three women from the same social circle simultaneously? Guaranteed to catch up with you, and not privately, either. Basically you’ve placed yourself in the spotlight of a public shaming waiting to happen. Were you expecting pats on the back and a prize?

That’s not a rhetorical question, Dude. Serious reflection is in order here regarding the image you’re trying to project. Then consider whether that image is realistically the one you convey–I explain myself better in the letter below.

As for your immediate problem, definitely avoid the party if you’re hoping to keep your well-populated sex life intact. If you just can’t resist tempting fate, though–I have no illusions here–and if you’re as committed to honesty as you claim, warn your consorts of their pending convergence in advance. Your failure to come up with that solution on your own, in fact, is proof that you’re chasing an audience for your antics again–like the time you were planning to break up with your ex at 11:59 PM on New Year’s Eve. Remember who saved you from that. 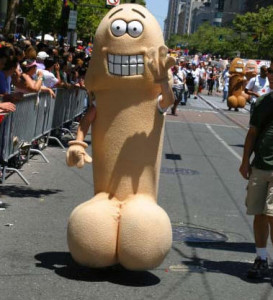 A friend of mine plans to wear a giant penis costume for Halloween, and I’m reluctant to be seen with her and possibly wind up tagged in a Facebook pic with her, as I work with children and it could really harm my career. Actually, I don’t want to be associated with a penis costume, period. What might I say to her to talk her out of it?

Sincerely,
Just Going as A Nurse

Surrender. She’s armed with a dick. You can fantasize about pointing out that while she feels bold, sexy and funny manning a giant phallus, folks whose senses of humor are more sophisticated than a fourteen-year-old boy’s will be calling her immature, desperate and sad. (Are you listening, Dude? In your case I suspect the chasm lies between suave operator and narcissistic manipulator.) But, Nurse, your friend is undoubtedly prepared to justify her choice and defend whatever vulnerability lies behind it. Common sense will have to wait its turn to sink in.

Now for the strangely interesting part that should not be misinterpreted to undermine everything I’ve said: both of you could worry less about what people think. She’s trying to create (her version of) a positive impression, you’re working to prevent a negative one, but the source is the same. So get your pumpkin out and start carving. A walking shlong won’t be the only misguided masquerade in your face on Halloween. Unless it’s just you and Ms. Willy and your plan is trick-or-treating, in which case parents with little kids will take care of her.

I hope you meant sexy nurse, by the way.