What To Watch For During Tonight’s Presidential Debate

Tonight’s third and final Presidential debate marks the last major “event” of the 2012 election season before people head to the polls and actually, you know, vote. If last week’s match-up at Hofstra University was any indication, tonight’s Foreign Policy-themed bout in Boca Raton, Florida will be just as exciting, with an added international flavor! That said, between the pre-debate expectations game, the post-debate spin-room, and the candidates doing everything they can avoid actually answering any questions, it can be tough to figure out what’s actually happening during the debate itself. With that in mind, we gladly offer you this handy guide of what to watch for during tonight’s Presidential debate.

Let’s be honest, when it comes to presidential elections, “Foreign Policy” = “Israel”. Why? Because both candidates have a deep and abiding love for the oft-beleaguered Jewish state. Similarly, they have a deep and abiding love for winning votes in central Florida and the suburbs of Ohio. You’re probably gonna hear a lot of “Our closest ally” and “My Friend Bibi”. You’re also probably gonna want to take a shower.

Are sanctions working? Do we need a military strike? What is the Ayatollah having for dinner tonight? These are important, pressing questions. Expect none of them to be answered tonight. Oh, sure, the candidates will talk about red-lines and unilateral negotiations, but ultimately nothing they say is going to matter. Why? Because when it comes to Iran no one actually knows anything. Remember when the experts (See: Israel) said Iran was months away from having an atomic weapon? That was years ago, and they haven’t stopped saying it since. Save yourself a headache and use this time for a bathroom break. Trust us, you’ll feel better.

The debate topic you crave, and 30 minutes later are hungry for all over again. Are they devaluing our currency? Maybe. Did Governor Romney outsource jobs there? Probably. But, mark our words, no one is going so much as mention the serious military threat China’s General Tso poses to our collective gastrointestinal systems.

Such a mess. Next!

It’s a well-documented scientific fact that 94% of the population in the greater Boca Raton metropolitan area is a Bubbie. Don’t be surprised if every single one shows up tonight. Does your Bubbie live in Boca? She’ll be there. She doesn’t? She’ll take a bus down with the girls. Debate drinking games are an annoying cliché but try this: If you see your Bubbie in the crowd at Lynn University tonight, rob a liquor store.

Who wouldn’t love a surprise cameo from the breakout star of the last debate? Picture it – he stands, and before he can even fire off a question, he’s lost in a sea of blue hair as every grandmother in Boca dives in to pinch his cheeks.

There’s a Bears/Lions game on tonight. Wouldn’t you rather watch something that actually matters? 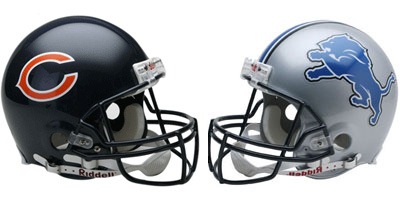