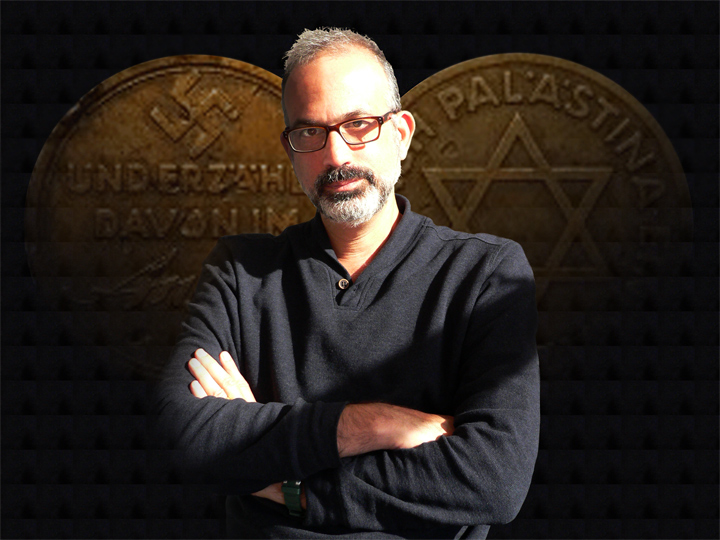 I recently attended a screening of The Flat, a feature-length documentary by internationally renowned Israeli documentary filmmaker Arnon Goldfinger, in theatres today. In the film Goldfinger documents the process of cleaning out his 98-year-old grandmother’s flat in Tel Aviv following her death. What he discovers leads him on an international journey to uncover hidden secrets from his grandparent’s past during the Holocaust. The ramifications of exposing these secrets could put the future of his family at risk.

In a sit down interview with Mr. Goldfinger we discussed these aspects of The Flat in relation to one’s identity and what messages the current generation of young Jews could derive from the film.

What inspired you to want to become a documentary filmmaker?

During my studying I had maybe one or two classes, very general, but learned to be a narrative director.  I made some TV, short things.  I met a friend of mine, a script writer, and she said “I have an idea for you. Just recently I read in the newspaper that they established a new documentary fund. To write a fiction film it takes a long time a no one pays you. Lets make a documentary, well earn money from it, and it the mean time we will write a fiction film.” So that is what we did. And this took us four years. We earned not even a penny out of it, we even lost money, and we didn’t do the fiction film. It was also released here in 2002 in the United States. It’s called the The Komediant. It’s a about a family that makes Yiddish theater. It has something I find very, very important for me: that is the research. It’s an opportunity. For that film I learned about Yiddish, I didn’t speak Yiddish. So it’s like entering another world, learning, it’s inspiring.

How did you have the sense to start filming the apartment before you officially embarked on creating the documentary?

After my grandmother passed away I had this simple urge to get my camera. My mother called us up and said we have to meet in the apartment and figure out what to do. That was the first scene in the film. And I just took my camera and decided to do it. After a while I thought I would like to make a short film out of it, just me, the camera, the family, and mainly the flat.  The line I used was, “what can you learn about people from the stuff they left behind.” My security that I would say to myself was, “if there is no film it is ok, you have it for your family archive.” I knew this flat since my childhood, and I knew it was a reserve of German culture inside Tel Aviv. And I knew it would soon disappear, so I wanted to grab it.

The film brings up some important themes of understanding one’s past and finding one’s place within the historical narrative of their people. Why would you feel it is important for today’s Jewish youth to do the same?

I think first of all it’s an urge, it’s a need. I think somehow because of what happened in the holocaust, the aftermath this is this post trauma: people are being disconnected from the past. And in Israel it is easy to see. There is a whole generation, like my mother – but she is not alone – that when Israel was established all of the young people wanted to make a new country, without any connection to the diaspora, without a connection to those “weak Jews” with their “tragic happening,” And of course it was an illusion. And people from my generation I believe, and your generation even worse, feel disconnected because they just don’t know. But they feel it.  They feel something is missing. I think the film questions this idea. 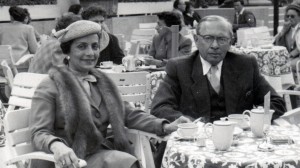 On the surface we have a clearly defined role of “the victim” in the Holocaust. Through investigating your own family and revealing certain secrets this film could act as a catalyst for other families to start asking questions about their own history and role in the Holocaust. This could lead to similar secrets or hidden facts being revealed.  What would the potential effects be of doing this and possibly re-writing how we view the role of ‘the victim” in the holocaust?

I think what is unique about this film is that it has the guts to look at the past not as black and white.  And I think this is my privilege as a third generation. I’m far enough away from it in order to look at it from another perspective. Truth is a never ending search, you know. It’s not like you have the truth and that’s it. When you find truth suddenly you understand how much you don’t understand of it. It’s an ongoing process and I think that for example, the fact that in Germany 2nd generation people didn’t ask questions about the past or the doings of their parents in the Holocaust because who wants to know that their father was a criminal or did awful things?  To show that it happened on the side of the victims is something new that I don’t remember seeing in any film before. My discovery in the film really shakes many stereotypes of mine. In Israel it happened a lot that people came to the film twice. First because they heard from a friend it is a good film. But then they ran out of the cinema and came back with their parents or with their children, hoping the film will help open up something in their family. I think because it is a personal film people feel much friendlier with you somehow so they share many things with me. One soldier wrote me that she took her grandfather and it’s the first time he’s told her stories about the holocaust.

What then is the value of potentially uncovering these darker truths in terms of one’s identity?

I think my research in the film is firstly for the facts to understand what happened. It’s not a history lesson. It’s not that we missed some facts about our history. I think we miss some emotions, some view, some contact. And to put that in the line of history is not a matter of mathematics or whatever. It’s a matter of feeling like a human being. That you are on a big chain, that you are connected to something.  And it’s a part of your identity. If you are not allowing yourself to ask those questions you miss out. This is the value I see.  The value is that, for example, in my family the not speaking about the past is equivalent to not speaking about many other things. It’s not that just now everyone will speak about the history; there will be room for speaking about other emotions.

What would you ultimately like people to take away from experiencing this film?

I think it’s allowed many audiences to think of their own families. That is what is important. Because for me there is this story of Von Mildenstein and my grandparents, but the real emotional things are in question about your identity, your history, what you know and not know, what you decided, and discussion with your parents. If this will motivate people to think then the film will be a success. That’s the real interest of mine in the film.

The Flat debuts Friday, October 18th 2012 at the IFC Center in New York City. The film is being distributed by Sundance Selects.