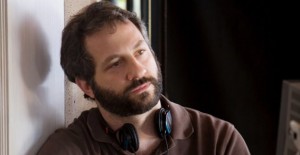 It was during this era that Heeb was voted one of the “top fifty magazines in the country” by the Chicago Tribune, Jon Stewart name-dropped it on The Daily Show and the New York Times ran not one, but two features, on Neuman’s innovative business plan. Along the way came book deals, music festivals, Israeli supermodels, parties from coast-to-coast, and plenty of glamorous fringe benefits like eco-friendly menorahs, Joanna Angel blowup-dolls and half-price knishes from advertisers eager to take a ride on the Heeb express. Culturally, the magazine seemed to redefine what it meant to be a 20-something American Jew. Indeed, for a time it seemed that every new Jewish media venture was obliged to define itself in relationship to Heeb, either by explaining how it was like Heeb, or how it wasn’t. Perched atop the Heeb Tower, Neuman could look out at the Jewish media landscape, and see a network of Heeb events and activities spreading like tentacles.

But there was a darker side. Behind the glitz, glamour and seemingly unlimited supply of the latest Jewish hip hop cds, cracks were developing, cracks that would eventually pull the magazine apart. As Neuman acquired more and more power, he became increasingly erratic. Without any warning, he announced he was stepping down as editor-in-chief and turning over those duties to various other editors, including Hollywood bigwig, Brett Ratner. That might not have been so bad, except that instead of using Ratner to reinforce the magazine’s reach in the entertainment industry, he spent most of Ratner’s time hocking him for details about what Olivia Munn was like in the sack. Neuman then proceeded to alienate Ratner by accusing him of secretly basing Chris Tucker’s character in Rush Hour 3 on him. Soon, Jewish celebrities eager to appear in the magazine were forced to submit to an arduous and humiliating array of physical and mental tests, all based on Neuman’s own bizarre notion that an impending cataclysm would leave Jewish celebrities (including himself, of course) alone to repopulate the world. Sadly, despite his best efforts, Seth Rogen never could pass the butter-churning portion of the exam and was disqualified from appearing in the magazine.

While claiming to no longer be playing a role in the editing of the magazine, Neuman continued to micromanage, shutting out the dwindling reserve of long-time editors by his increasingly erratic behavior—like interrogating prospective employees and advertisers about their feelings about public nail-clipping. By the end, he became utterly delusional; the last straw for many came during a staff meeting during which Neuman donned a fake beard and mustache, claiming to be “guest editor, Judd Apatow.”