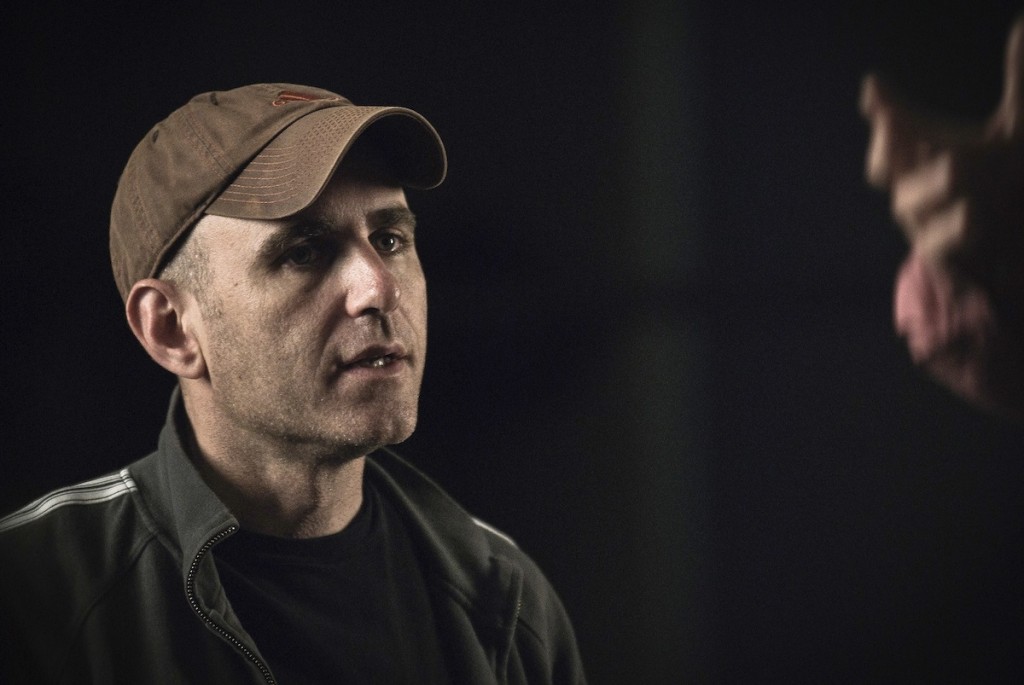 Joseph Cedar is enjoying quite the career as an Israeli filmmaker. His latest film, Footnote, has been nominated for the for Best Foreign Language Film Academy Award, Cedar’s second after Beaufort in 2008. Though Israel has been up for the award ten times, it has never won, which is a record.

Competition is tough this year, but Footnote holds its own. It is a high-brow comedy of errors about two Talmudic scholars, a father and a son, who navigate the rough waters of academic ruthlessness. At stake in the film is the prestigious Israel Prize, which has been offered to one of the Professors Shkolnik at the story’s center, though which on deserves it becomes a point of contention for the brainy family. Cedar deftly brings comedy and vibrance to a world that, to an outsider, seems full of old men with their noses shoved in books.

The issue of awards confusion is an interesting choice for Joseph Cedar, who found himself at the center of an Oscar controversy in 2008. When Beaufort was chosen as Israel’s submission for the prestigious American award, rumors spread that that film’s producers had tipped off the Academy to the amount of English in Eran Kolirin’s The Band’s Visit, making it ineligible for the award. Thus clearing the path to nomination. Beaufort went on to win the nomination but lost the award on Oscar night.

I spoke with Cedar a few weeks ago while he was doing press for the film (which opens March 9th). I waited in the hotel hallway for my turn when he emerged from a conference room having just finished with another journalist. Practically gasping for air, he pleaded with the film’s publicist to do these interviews anywhere else. Sitting inside a stuffy room, answering presumably the same questions (ahem, except for mine) over and over is Cedar out of his element. I got the feeling he would rather just be making more films than talking about those he can’t do anything about. He calmed down and happily answered my questions. Of course, when we were done, he bolted to the door before I could close my notebook.

How did you come to make Footnote?

You had an experience where an award was given to you mistakenly? Are you talking about the Oscars?

No. Awards, recognition, the need for recognition…these are things that I have had reason to think about. I thought I was making a film that had to do with that, but then it went in a direction that was actually much more relevant and interesting for me. The connection between father approval and peer recognition, lack of approval and how that motivates you and in what direction; these are things that I had a chance to investigate.

Did want to make a Talmudic film?

I don’t know what a “Talmudic film” is. I can’t think of any examples. Maybe the highest value in the Talmud is argument. Argument crystallizes ideas. Conflict is an ingredient necessary for progress. Generational tension is a driving force in the Talmud. These are things that, of course, are relevant to the film. In that sense it’s “Talmudic” but it doesn’t require any knowledge of a specific issue in the Talmud.

Who is the audience for Footnote?

In Israel, the audience has been really diverse. It was very successful. Here [in the US] I’m being told that there’s a demographic, age-wise and ethnic-wise that it is directed at.

(Reluctantly) Yeah…I don’t think that’s necessarily true. I don’t want to put it in a ghetto, even if that ghetto is really nice and full of wealthy, golf-playing Jews. Hopefully it will do well in art-cinemas all over the country.

You have been nominated for the Best Foreign Language Film Oscar before. What does that mean for a film of this size in a country like Israel?

For Israel it’s a big deal. It’s like a sports event: you want to root for your team. If it’s a film that doesn’t irritate too many Israelis then it’s fun for Israelis to have their foot in the Oscars. It’s definitely fun for me.

Has the nomination helped the film in Israel?

People see a film and they recommend it if they really feel it’s worth recommending. That’s the only thing that brings audiences to a film. For this kind of film, it’s not a film that you can advertise in an effective way. How do you advertise a film about Talmudic scholars?

I don’t want to give the impression that it’s this old film. It’s not. In fact I think it’s not sentimental enough for that audience. It requires a more active viewing experience.

The opening of the film is very fast. A lot of quick cuts, a lot of jumping through time and a lot of neat uses of editing and graphics.

I wanted to feel free to tell the story in the most entertaining style. I’ve always been aggravated by the formalism of this profession that I have. In each of my previous films I would come out with a bunch of ideas that I just didn’t know how to put in that I’m sure would have helped the viewer become more involved in the story.

While I was writing this film I was looking at some Talmudic textbooks. The way these philologists write, they are extremely economic in how they phrase a sentence. You have very short sentences and then a whole page of footnotes. Because their writing is so sparse, all the things they want to put in but are afraid to put in the primary text they just throw in the footnotes. Suddenly they really go wild. They feel loose to use any style and gossip and things that aren’t necessarily true.

I like that as an idea, that a footnote is a place that can allow you to be a little less responsible and less consistent. So we’ve created footnotes in the film. Stylistic footnotes, content footnotes, informative footnotes. It was really liberating for me. Anything I wanted to say I just did as a footnote.

I love the scene in the academic office. How long did it take to put that together?

Did you see [Roman Polanski’s] Carnage?

The one thing that came to mind when I saw Carnage was, “How did they shoot that film in one room?” I spent four days in the room making that scene. It’s extremely difficult to keep the actors in the emotional state that they need to be in over four days. And then when I saw Carnage…they must have been in that room for about a month. How do you keep actors in a rising level of emotion over a month in one location?

We were in this room for four days. Creating something that, at the end, works as one scene, was a tremendous challenge. I didn’t realize it was such a challenge while I was doing it.

…Deciding someone’s fate. There are rooms like that all over the place. Committees sitting and deciding other people’s fortune.

It sounds like you have an axe to grind.

I’m at the stage in life where I’m being invited to sit on committees. It’s very strange. Life is divided into the years where you need the committees to admit you and give you a chance, then the years when you’re on the committee. So far, I’ve been resisting it. I’m not on any juries. I’m entering that part of life where I’m crossing over to the other side of the road and I’m the one deciding for other people. It’s a little scary.

And you’d rather not?

I don’t know. I think it’s a duty that eventually I’ll have to do. There are some things that are important to me that I’d like to influence. But the idea that you’re sitting on a committee and at the end any committee comes to a conclusion that has to satisfy too many people. If it was up to me, I’d be the only one on the committee and that’d be fine. If it’s a committee of one and I’m it, then I’m okay with that.