HEEB has an Opening for Superman 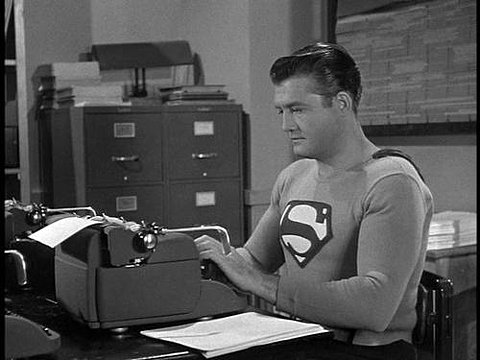 Last weekend, when I asked David Lloyd who he thought was the most Jewish superhero, he answered Superman. Well, it looks like the Man of Steel is quitting his job at The Daily Planet, and if he is Jewish (and I’ll take Mr. Lloyd’s word for it), I think we should bring him on at HEEB. Here’s five reasons why:

1) He’s a good journalist. I mean, he always gets the story. Mainly because he can fly anywhere and see through walls. Who else on the HEEB staff has those abilities? Besides maybe JEWDAR?

2) He’d make us look super badass. I mean, yes, he’s kind of a boy scout, but he’s a boy scout who can fly and bounce bullets off his chest. In my book, and in the book of wimpy Jewish kids who get picked on at Hebrew school because their voices won’t stop cracking while they practice their Haftorah, that’s totally badass.

3) If the ADL ever comes after us (again), he can take them out. Whether it’s using his laser vision to short circuit their means of communication, blowing over their headquarters over with his super-breath, or just punching out Abe Foxman, it doesn’t matter how he does it. I mean, all those ways sound great, don’t they?

4) He dated Lana Lang, so that means he likes redheads. And I know a certain Ginjew who’d love to go out with him.

So, Mr. Superman, sir, if you happen to be reading this, we’d love to have you. And if the other writers at HEEB don’t agree, you can just give me a call. I’ll set you up with that Ginjew I mentioned in reason #4.