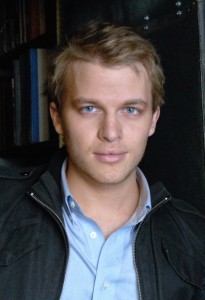 What did you give your dad for Father’s Day? A new tie? A gift certificate? Public humiliation?

That last one was the gift Ronan Farrow gave his dad Woody Allen. Ronan is the only biological child of Allen and Mia Farrow, but you may not have heard about him because that marriage’s sole purpose was introducing Allen to his next wife, Soon-Yi (AKA Ronan Farrow’s adopted sister).

Ronan doesn’t talk to his dad because of all that malarkey…but he did want to send his pops a special Father’s Day message, via the Interweb. And it was:

Happy father’s day — or as they call it in my family, happy brother-in-law’s day.

Boom RT @RonanFarrow: Happy father’s day — or as they call it in my family, happy brother-in-law’s day.