Why Is This “Stop Iran Rally” Website Using a Picture From a Trayvon Martin Protest on Their “Donate” Page?

The upcoming “Stop Iran Rally,” scheduled to take place on July 22nd in New York City’s Time Square, looks like it’s sure to be a heaping helping of reasonable conversation, meted out calmly by a series of openminded speakers.

If it’s even half as packed as its website promises, it should be a complete clusterfuck of bloviation and spotlight grabbing by notables from across the political spectrum (that spectrum being “right wing” to “lunatic right wing”), each doing their best to whip the assembled masses into a frenzy, all in the name of scuttling a precariously constructed diplomatic achievement – one aimed at preventing yet another U.S.-involved war in the Middle East. (Actually, considering the Rally’s official twitter feed was launched a month ago, it’s probably reasonable to assume organizers were prepared to protest any outcome of the recent negotiations with Iran.)

But enough politics. Instead, let’s talk about imagery. Specifically, the image the Stop Iran Rally website uses on their “Thank You For Donating” Page. Here’s a screenshot: 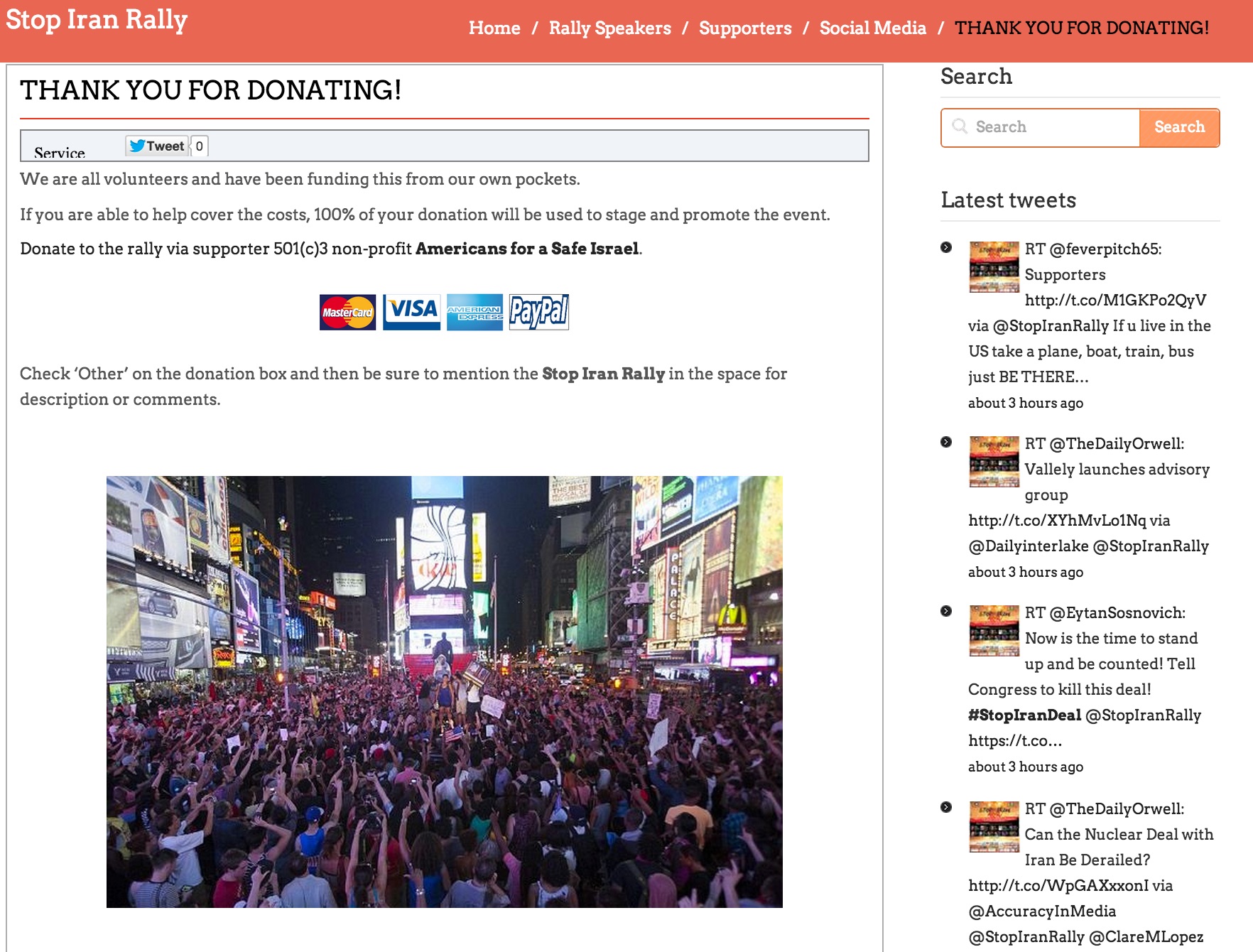 “But wait – if the Stop Iran Rally isn’t for another few weeks, what is that picture from? What are all those people protesting?”

It’s from a Trayvon Martin protest. Specifically, a protest that took place in 2013, following the acquittal of Martin’s shooter George Zimmerman. Here’s Buzzfeed using the image in a ’13 piece on reactions to the Zimmerman verdict: 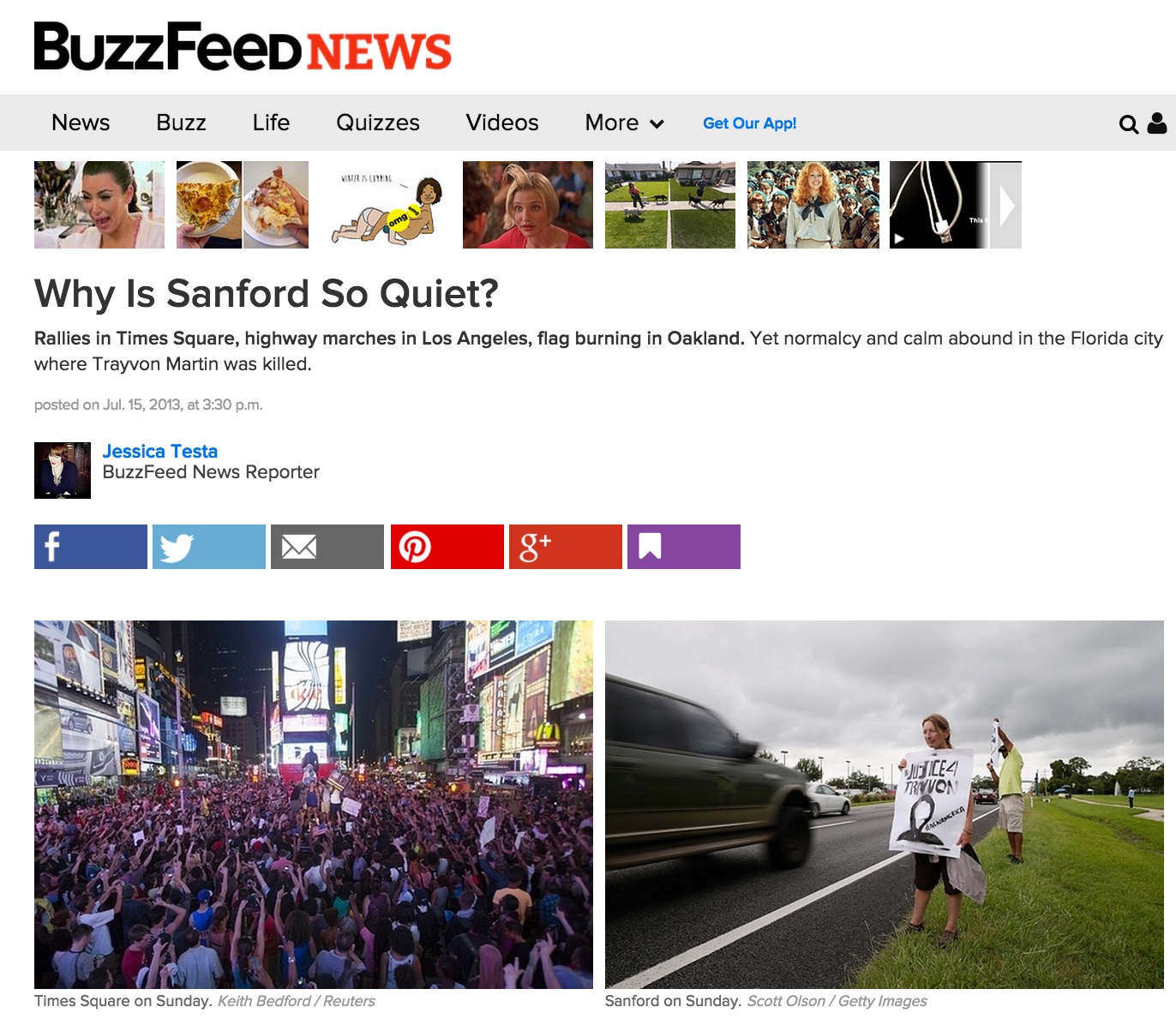 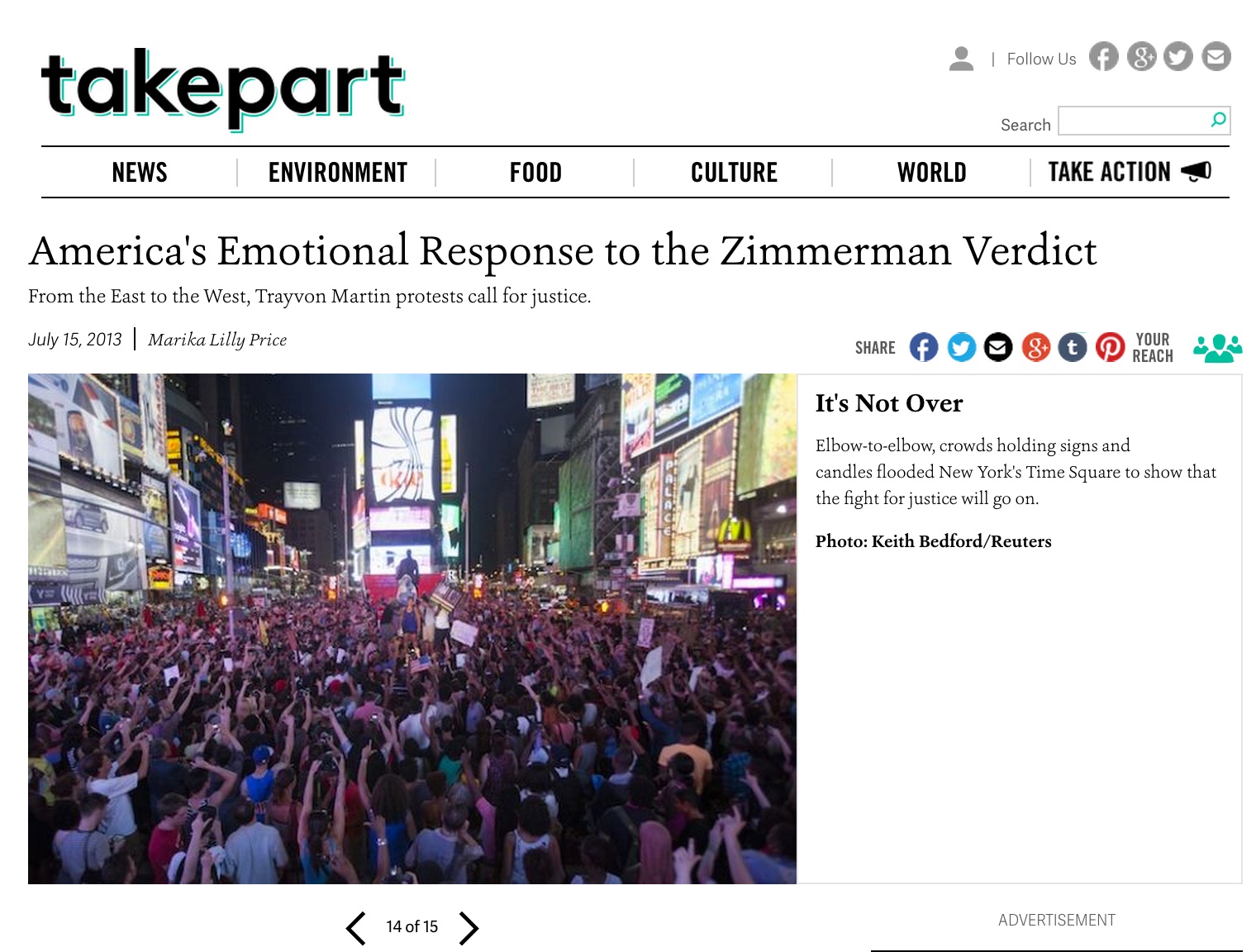 To recap: An upcoming event supported by dozens of Jewish and Israel-focused organizations is soliciting donations using an image taken at a protest sparked by shooting death of an unarmed black teenager – a protest which, in turn, helped pave the way for the “Black Lives Matters” movement, arguably the most significant social protest movement in the last 50 years of U.S. history.

I believe the term for that is: Chutzpah.