What’s Wrong With You: Dream-Date Phobia, Father’s Day Be Gone 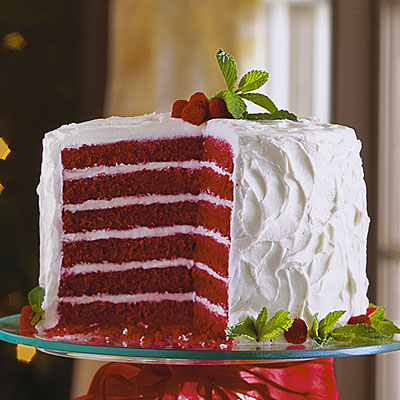 For the past several months, I’ve been having flirty exchanges with a guy through our comments on a mutual friend’s Facebook posts. He’s single and available, but I can tell from his pictures that he’s not my type physically. However, that hasn’t stopped me from daydreaming and fantasizing about him, and I’m soon going to meet him at the mutual friend’s wedding, where I know what will happen because it’s happened before–I’ll wonder what the hell I was thinking, feel like an idiot, and go home feeling empty and devoid of hope. I’m also worried that I may have led him on, even though all we’ve said is that we’re looking forward to finally meeting each other. What wise words do you have for me? Feel free to be extra snarky because then maybe something will get through to me.

I tend to be less snarky when the warm weather first, finally hits, but it’s raining again today; so: Get over yourself! Crushing on a guy you’ve never met while fully aware you’d dismiss him in person is a rather tall layer-cake of intimacy-avoidance. But I guarantee you every pair of eyeballs perusing this column has a brainful of outré desire behind it, and if the bewildering assortment of ads on our Facebook pages is any indication, nobody’s invented technology for reading our minds yet. As in Vegas, what happens in your head stays in your head, unless you get caught or deliberately share it. Or compulsively tweet it.

If you get over yourself, you might then approach this moment of truth like any other initial real-life encounter with a man you met online. Perhaps you led him on, perhaps he led you on, perhaps all this drama satisfies a repressed unconscious wish. If he’s not interested, you’re allowed to be plain old disappointed; if he is interested, try to ignore your reactive repulsion/fear reflex–give the poor dude a chance, OK? The main problem with crushes, whether from afar or the adjacent cubicle, is that they see what they want instead of what’s there. It’s a problem within relationships, too, but we’ll deal with that as it comes. For now, focus on how your fantasy lover can’t possibly be everything you’ve dreamed of–whose fault is that? 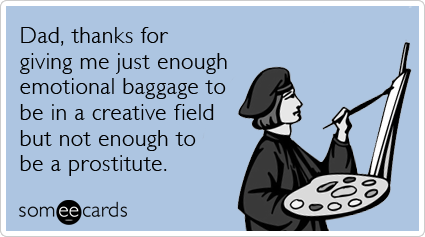 My father has not bothered to acknowledge my birthday for the past six years, even when my mother reminded or nagged him to. It’s part lazy self-centeredness, part disappointment that I didn’t follow in his footsteps to become an attorney, part who the hell knows what. He’s slightly better about my siblings’ birthdays but not much. He also forgets our wedding anniversaries. Anyway, rather than directly retaliating by forgetting his birthday, I’m thinking that Father’s Day might be the lesser offense. My husband, who lost his father as a boy, believes I’ll ultimately come to regret it. But I regret it when I make efforts that aren’t reciprocated, too. And aren’t these Hallmark-holidays kind of bogus to begin with? Would it really be so awful to abstain?

Tired of the One-Way Road

If your biggest pater-complaint was his faulty memory, I’d suggest the high one-way road as practice for when your husband, like most husbands, I mean many, eventually misses your anniversary. Dad’s self-centeredness and disapproval, on the other hand, you should absolutely, guiltlessly protect yourself from. I suppose you’ve spoken to him about how his “forgetfulness” affects you (I’m required by advice-column regulations to ask)? I don’t see that conversation going anywhere, either, unless maybe he ignores occasions deliberately to spite your mother and simply needs a kick in the ass (another non-rare male tendency) to stop and consider you.

Since your father is likely to still be here next year, skipping Father’s Day as an experiment seems both minor and apt. What I suspect you’re truly grappling with, though, is wanting your husband to appreciate your point-of-view. Well, want away. And I’m only half being snarky about marriage. You’ll have to build this Pop-blocking wall yourself, while your husband does exactly what husbands–spouses, in this case–are hired to do.