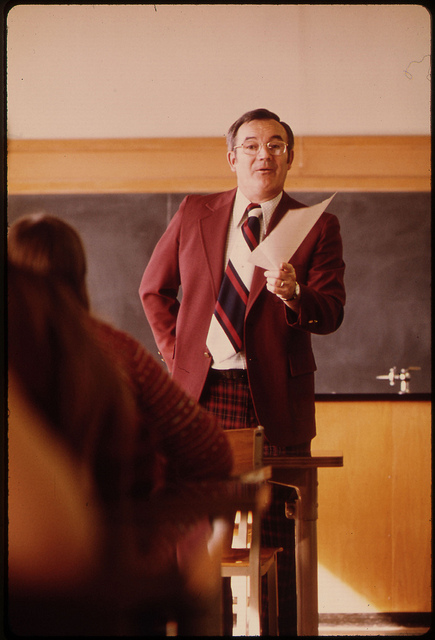 Dear Judith,
A few weeks ago a really hot guy (like really hot) came to share a table at the cafe with me. And I discovered he’s a teacher (because he was grading papers), which is even hotter, and so we started talking and at the end he took my number.

Of course he never called. And even though we see each other all the time because we share a cafe and even though he keeps indicating we should do something together he never makes a move.

So obviously he’s not interested. I get it. But here’s my question – what could I have done to make him interested?!

Honestly, if I tell you what you could have done, you’re not going to try it the next time your coffee stars align? Please join the twenty-first century and make the next move.

You’re right that he might reject you, but have you considered that he might be shy? Or prefer aggressive women? Yeah, I thought so, because you’re approaching this guy like a starry-eyed, underage-yet-old-enough student. What’s behind that?  Do you go for your own teachers, too, or only those of others?

In other words, asking him out may be asking for trouble. But you need him gone from your system, and cocktails are better than coffee at speeding the process along.

I am in a support group for ex-Orthodox Jews but am a bit more critical of my people than the others there and feel that some of them may resent me for that.

I suspect this because they call me “fascist” and tell me to go fuck myself.

At what point will I know if the group is a bad fit?

It sounds like a great fit for you since you’re obviously enjoying yourself.

But do the other group members like having you there? Maybe they appreciate your devil’s advocating, maybe they wish you’d shut up so they can finish discussing how to deal with their families over the High Holidays.

Since asking them directly could unfurl a Talmud-worthy debate, I suggest you share this column with them, and after they forward the link ten more times to avoid a terrible fate they’re invited to email me at the address below.

As for you, Formerly, don’t wait for the verdict to find your own therapist, someone willing to spend an hour paying attention only to you. If pissing people off to the point that they verbally abuse you is your idea of support, you need to revisit your whole childhood, not just the religion parts.