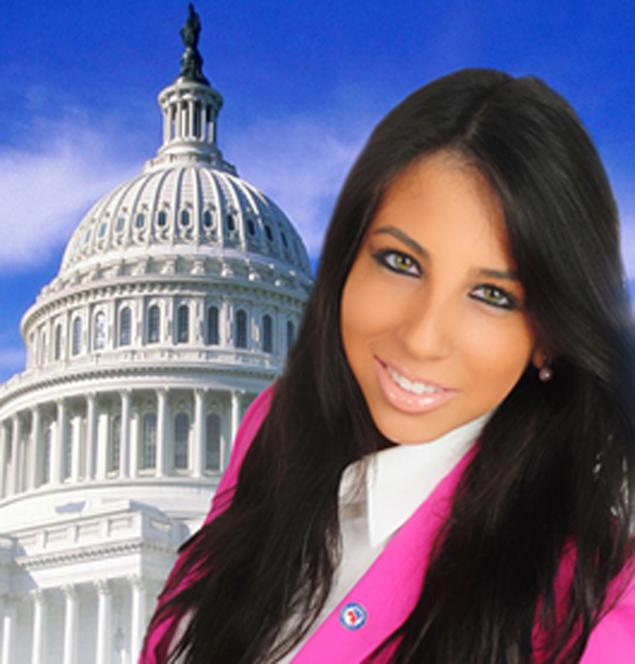 Mindy Meyer is a 22-year-old Orthodox Jew who hails from Brooklyn and is running for New York state senate. Was she inspired by the great female politicians of our times, the Nancy Pelosis and Hilary Clintons?

Nope. She just watched Legally Blonde too many times. “You can make pink sophisticated,” Meyer said, refrencing the Reese Witherspoon rom-com. “She took pink to a top legal institution like Harvard, so why can’t I bring it to the Senate?”

Meyer’s entire campaign philosophy seems to be based around pop culture. Her campaign slogan is a play on LMFAO’s disgustingly pervasive “hit”, “Sexy and I Know It”:

I get that she’s referencing the song, but the bad grammar is still appalling.

Meyer’s pink and sparkly website (which plays the LMFAO song on a loop that you cannot turn off, kill me now) declares her objectives:

“A lifelong Flatbush resident, Mindy is the first young woman in the history of New York to run for New York State Senate. The Orthodox Jewish woman, aged 22, is the candidate for both the Republican and Conservative party lines. Mindy intends to utilize her religious values and moral compass as her guide. “I can tell you one thing, I have no experience in corruption,” said Meyer. “This is how politics has to change. There is always corruption, but I have the intention to follow my values and ensure that none of what happens in my district is corrupt.”

Mindy Meyer, changing the world one sticker star chart at a time.