What’s Wrong With You: A Good Jewish Woman is Not Hard To Find, Unless You Have a Problem with Them

I come from a secular family. We’re culturally Jewish, but not big Jews. Most of my friends aren’t Jewish. I recently started dating my first Jewish girlfriend. She’s fantastic in many ways, but the thing is, whenever we’re in mixed company, she’ll move the conversation to the Holocaust and Israel any way she can. It’s super annoying and off-putting, but when I complain, she insists my friends brought the subject up (they never do, they don’t care)…. How do I get her to stop it?

So your first Jewish girlfriend has this annoying habit of needing everybody to know exactly where she stands on contentious Jewish issues. But before you tell me that you need me to know what type of tribe-member you are, which is arguably relevant, and then you sign off with a declaration of your musical tastes, which is as relevant as what I ate for breakfast. All together this is a lot for me to untangle after being on hiatus from advice-giving for ten months. (From official, written advice-giving; colloquially I give and give and give.) Is it her meddlesome self-definition that irks you(1), her brand of Jewish identity(2), how she interacts with your friends(3), or all of the above?

Be honest with yourself because the type of verbal tic you’re describing doesn’t get cured easily. The topics change over time, but the insecure, compulsive conversation-trampling persists. Trust me, as a female introvert I see a lot of it. There’s no stopping it; there’s only ignoring it, avoiding it, and passive-aggressively enduring it. With that in mind:

(1) Sorry, but after sharing your affinity for indie bands apropos of nothing, you don’t get to grouse about other people’s methods of jostling for social status.

(2) If this is really about her politics and not what your buddies think, then instead of going home and arguing about who started it, how about engaging her on the actual matters she wants to debate? The sooner you and your lady either find some middle ground or agree to disagree, the sooner you’ll realize—I hope—that you shouldn’t have been trying to silence her in the first place. Though I’m not unsympathetic to your complaint.

(3) Your friends can fend for themselves, dude. Seriously. If you were chatting with them about music, making micro-assertions of your coolness, and a guy came along and changed the subject, you’d either change the subject back, go with the flow, or shrug and walk away. Right?

Shame on you,
Judith 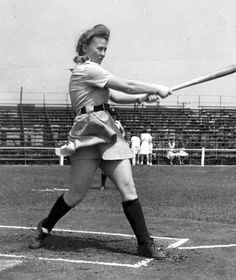 I am getting older, and tired of focusing on an ever-shrinking pool of Jewish potential mates without pets (I’m allergic to pets). I was thinking of looking in less ball-buster pastures. So I guess my question is….. do you recommend Philippines/Thailand, or Ukraine/Poland?

Let me get this straight: Jewish women are ball-busters? And you’re whining about this to the Jewish female author of What’s Wrong With You—no question mark there—whose very existence can be credited to her Ukrainian and Polish forebears busting Nazi balls to escape to America?

Just FYI, though: Women busting men’s balls is the natural order of things, and the sooner you accept this the sooner you’re realize it’s for your own good (and not to be confused with nagging, which can be easily avoided by honoring mundane commitments such as taking out the trash within a reasonable time-frame).

I do have sympathy for your pet allergy, but it’s the least of your concerns.