What’s Wrong With You: Pedophiles and Therapists Like to Party, Too 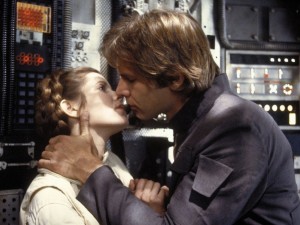 You May Not Kiss The Bride

Late one night when I was twelve, my father’s friend walked me home from babysitting his kids. He’d had a few too many, and when we got to my house he put his hands on my shoulders and kissed me, tongue and all. I froze, terrified that any move I made would make things worse, but managed to run inside the moment he was done. I have never allowed him to be in the same room as me again. I never told my parents, however, because this perv was one of my father’s oldest friends–they wouldn’t have believed me. If they believed he’d kissed me, then they’d have accused me of exaggerating and overreacting. I could give you examples of them treating me this way, but to make a long story (of me learning to say no and stand up for myself) short: it’s twenty years later, I’m engaged to a prince, and I don’t want the perv at our wedding. Yet I don’t expect my parents to react any differently than they would have before. They’ll say it was “just a kiss” and that I can’t be remembering it right. Am I better off just blotting out this half-minute of my life and moving on?

Thank you for listening,
Wish I’d Spoken Up Sooner

You can stop your wishing right this minute. Also, if you feel any residual guilt about how you handled the decidedly not “just a kiss”, let it go. You were twelve and your father’s best ‘bro was a pedophile. Even if kissing you was his worst transgression, there must have been signs that something was off. Clues your parents either didn’t notice or chose to ignore, which alone supports your lack of faith in them. After growing up in such an obtuse environment, frankly, learning to assert yourself is an accomplishment regardless of how long it took. Nevertheless, you still need to tackle asserting yourself without caring how the other person reacts. The rules vary according to the setting, but we’re talking about a conversation with your parents; choose an appropriate time and place, and the rest is not your problem. You don’t need Mom and Dad to take you seriously to know what a creep is. You don’t need them to finance your wedding, for that matter, should it come to that. But the guest list isn’t the point–out the perp on behalf of your inner child, who through no fault of her own was incapable of doing it herself.

Now for a quick joke since this column is supposed to be funny: Knock knock. Who’s there? Hotch. Hotch who? Bless you!

Bless your fiance, too. 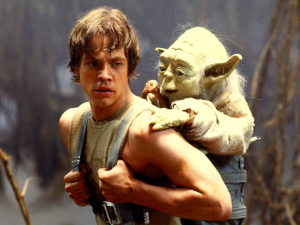 My boyfriend of six months has been seeing a therapist since before we met. His birthday next week falls on his regular appointment day, which I suggested he reschedule so I could take him out to dinner before we meet up with friends at a bar. Both he and his therapist reschedule for various reasons on a regular basis, but this time she claims to be completely booked, and she actually suggested he keep his appointment as a birthday present to himself. Is it jealous or insecure of me to resent her, as my boyfriend seems to think?

Want My Boyfriend on His Birthday

Dear Want My Boyfriend on His Birthday,

A man’s female therapist usually symbolizes his mother, but since she’s not his actual mother, your desire to come first on your boyfriend’s birthday is perfectly legit. Entertaining his allegations of jealousy and insecurity, on the other hand, when you could argue that he’s too insecure to just say no and enjoys being fought over, signals guess what? Not necessarily jealousy in this context, but wow, insecurity galore.

On a positive note, the shrink sounds like a perfect fit. However this resolves, have a wonderful co-dependents’ night out!

Sorry for all the snark,
Judith