What’s Wrong With You: Ex in the Audience, Therapist in the Bed, and Huh???? 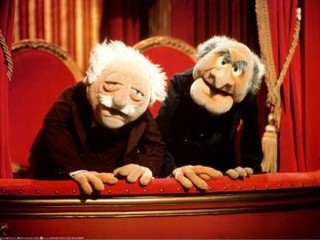 I recently did stand-up at a much bigger venue than usual, and my ex-girlfriend–who knows I still want her back–decided to surprise me by showing up. I was excited to see her there, but in retrospect it threw me off and I wish she’d warned me in advance. Is there a way to tell her this without it seeming like an excuse to email/message/call?

So you were about to enjoy a bigger spotlight than you normally get, and your ex showed up. Whether her aim was to show her support or deflect some of the shine onto herself I can’t decipher from here–if indeed the surprise was deliberate in the latter regard, she should definitely be advised that the evening wasn’t about her and that the attention-grab was a narcissistic no-no. Not by you, though–you just be glad she’s your ex. Trying to explain why her sudden appearance wasn’t appreciated is guaranteed to frustrate and leave you feeling worse. Also, calling yourself a “stand-up guy” kinda’ sorta’ puts you in a glass house, even if pun-wise it’s legit. 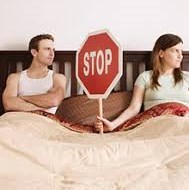 My fiance recently started therapy for his anxiety, and I get a strong sense of him having a crush on his therapist from the way he constantly brings up things that she said. I know it’s part of the therapy process, but I also know that it’s normal to fantasize while having sex, and I really don’t like the idea of him pretending I’m his fifty-year-old shrink! (I’m totally cool with him pretending I’m a supermodel.) But if I don’t want to interfere with his process, do I have any other choice besides cringing and waiting for this to pass?

Impatient Fiance of the Patient

Well, instead of cringing you could look on the bright side: he’s working out any mommy-issues, which will improve your marriage generally, and his attraction to an older woman bodes well for the two of you in middle age. As far as staying out of his process entirely, though, if his shrink puts an idea in his head that you disagree with, fight back. It’s not OK for him to act like every word coming out of her mouth is gospel. Don’t frame it that way, of course–stick to the topic under discussion–but the meta-argument is who’s side he’s going to default to when you’re at odds with the aforementioned parent whom his therapist represents (even if you and said future in-law have a great relationship, there will be times….). Marriage, for all its pleasures, is also an enduring turf battle, and your boyfriend’s current infatuation leaves him vulnerable to you stealthily gaining ground. Take advantage of the opportunity! And I apologize if all my talk about his mother makes your sex life temporarily worse. To be fair, your father’s in bed with you, too–such are the psyches of consenting adults.

Hope it all resolves quickly,

I met a guy on JDate a few months ago who adamantly touts himself as a secular Jew, both online and in person. Now he’s telling me he doesn’t celebrate Valentine’s Day because it’s not a Jewish holiday–but he’s OK with Thanksgiving and Christmas because they’re “American”. Is it worth bothering to argue that Valentine’s is American, too?

Not Looking Forward to Another Valentine’s Day Alone

It is so not worth bothering that you should be glad to be “alone” (you’re far from alone in this aloneness) rather than wasting another breath on this dude. Seriously, wow. Since you don’t sound like you’re wallowing in self-pity, I’ll spare you the debunking of Feb Fourteenth and the lecture about people who adamantly tout themselves as anything–go reactivate your profile, pronto.

Congrats on your availability,