Who Wants An All-Emoji Bible? This Guy Does.

Let’s be honest – aside from succumbing to boredom and thumbing through a Gideon”s left in a hotel room, odds are you haven’t actually sat down to read the bible in a long, long time. And who could blame you? Sure it’s full of sex and violence and the foundational building blocks of Western society, but it’s just full of too many words. Honestly, who has the time?

Here’s a bit of what he’s got in mind: 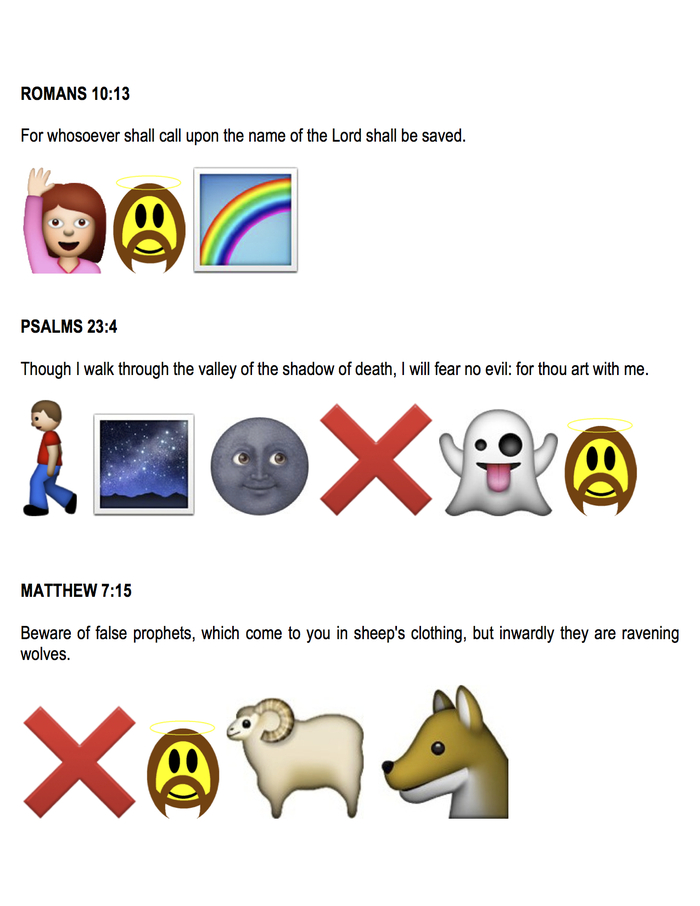 Kamran will not only be using the existing set of standard smartphone emojis, but will also create up to five thousand new emojis to complete his project. Like this one right here. Try to guess what it is: 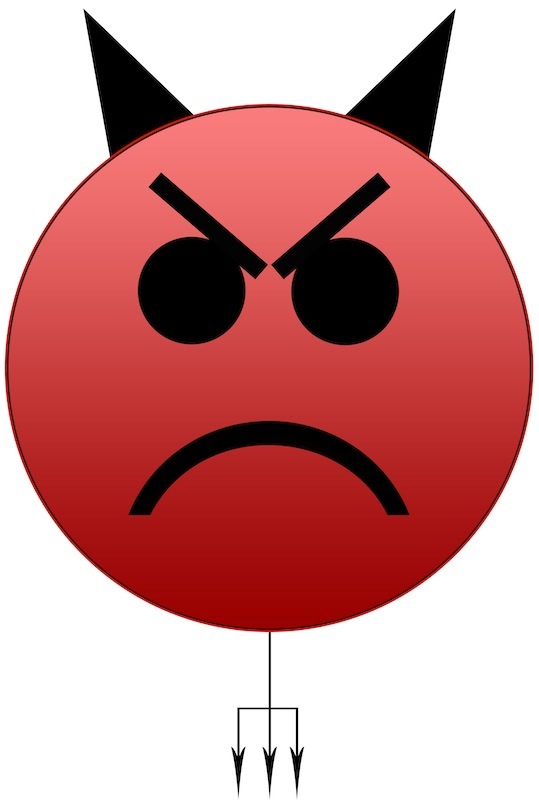 Did you guess “The Devil”? Congratulations, you’re ready for Kastle’s bible! Couldn’t quite puzzle it out on your own? Not to worry. As Kamran explains on the Q&A section of his Kickstarter page:

Half the Book will be written in Emoticons and the other half will be written in standard Biblical Text. Every Biblical Verse will be followed by its’ Emoticon equivalent. […] Readers will be able to go back and forth between Written Text (the Bible) and Images (Emoticons)

Given that the bible has already been translated into Klingon and Elvish, Kastle’s Old and New Testamoji project seems almost reasonable by comparison. How many millions of normal people use emojis on a daily basis, as compared to the scant numbers of Klingon or Elvish speakers out there? This is, after all, an effort to bring the good book to the un-reading masses.

Mass emoji adoption or not, Kastle is currently going it alone on the translation. Once his Kickstarter ends, however, he plans on reaching out to an ambitious list of notables (and also noted antisemite Mel Gibson).

As he told Vice:

I have not hired or met with any translators thus far. I will do that after my Kickstarter fundraising concludes. I’m going to contact the following people to help me translate the bible into emoticons: Mel Gibson, Mark Burnett, the Pope, Russian President Vladimir Putin, Denzel Washington (who translated the audio book for the Bible Experience), and Anschutz Entertainment Group founder Philip Anschutz.

At the time this article is being written, Kamran Kastle has raised $14.00.