Leave It To The Kardashians To Make Either The Best Or The Worst KKK Joke Of The [Day/Week/Whatever?]

While the rest of the internet is agog over Kim Kardashian’s bare-naked tushy plastered across the cover of Paper magazine, we’re sitting over here chuckling at the self-aware joke younger sister Khloé made on her Instagram last night. Presumably in light of the news that a Montana chapter of the Ku Klux Klan has decided to open its doors to new members, regardless of race, religion, or sexuality, Khloé put her circle-k seal of kosher approval on what’s actually been a long-running internet joke: 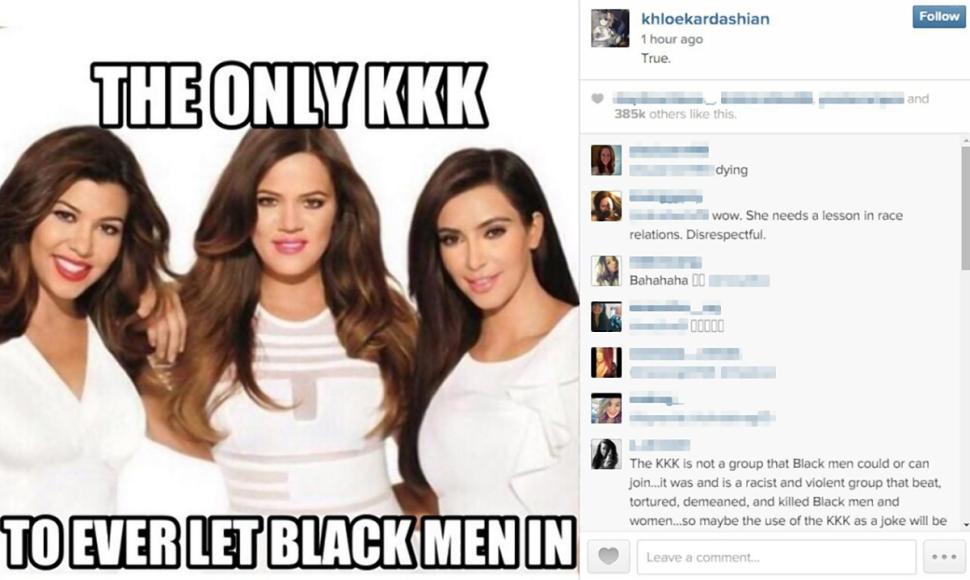 Get it? Kourtney, Khloé, and Kim (the titular “KKK”) all allegedly prefer the company of african american men.

Okay, so it’s not subtle, nuanced comedy, which is probably why Khloé removed the original post shortly after sharing (although, as Gawker points out, her tweet to the post is still up). Not to be outdone, though, Kourtney Kardashian  boyfriend Scott Disick, made sure his fellow Jews knew they’re welcome in KKKardashian club as well: