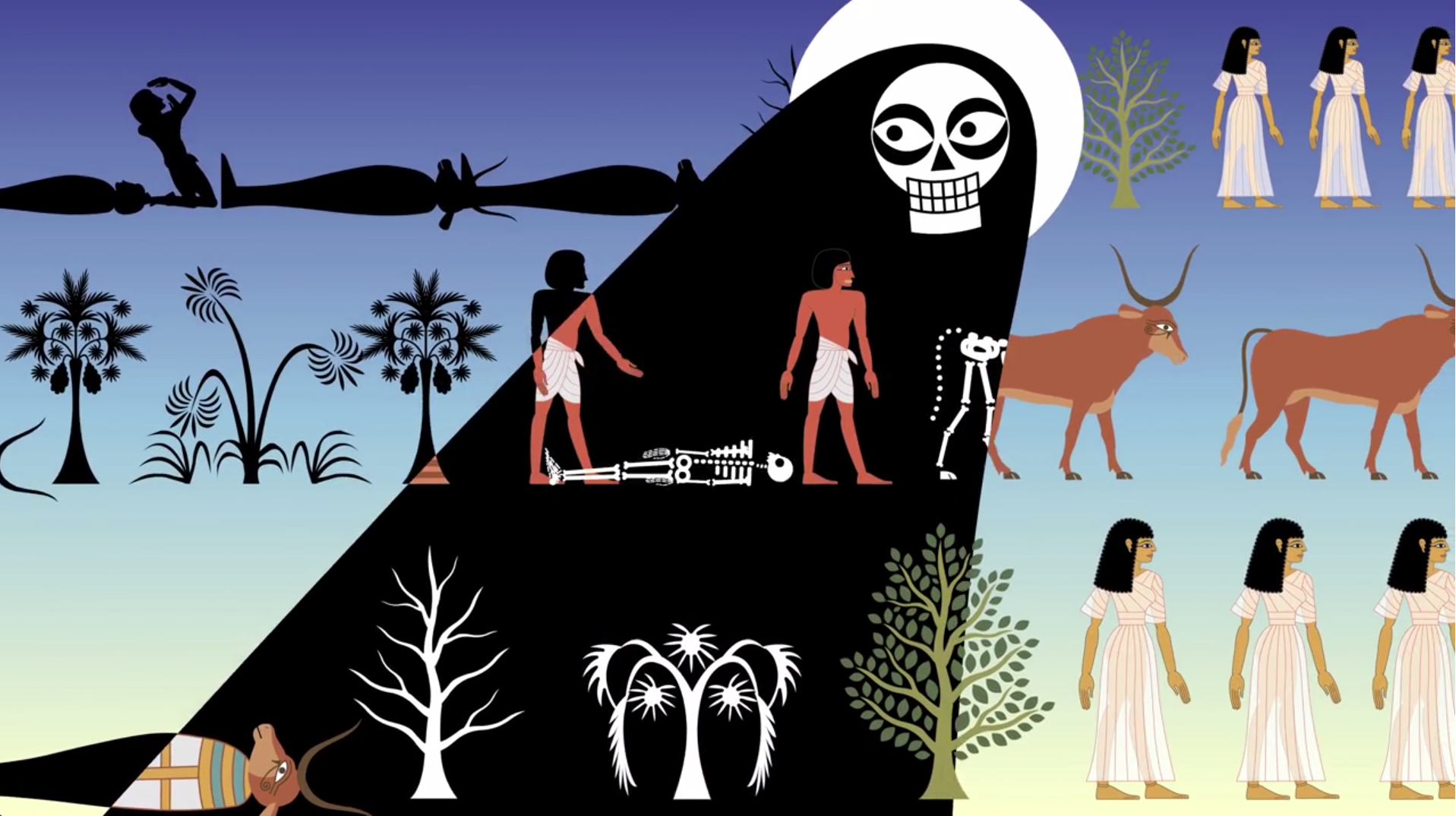 “death of the firstborn egyptians” by Nina Paley

Life is far too short to waste on whatever vocal tripe the Maccabeats insist shoving down our throats this Passover season. Why waste precious time with yet another embarrassing attempt to make a “cool Jewish” version of “Uptown Funk” when you could instead watch something (well, ten somethings) that’s actually cool – and – textually accurate, for all your holiday purists out there?

Artist and animator Nina Paley (about whose Judeo-Pagan teeshirts we wrote about last fall) has been working on a feature length film entitled Seder Masochism and by the looks of these clips she released last week on her website, it’s gonna be g-r-e-a-t. All ten of the plagues are here (go ahead – count ’em) and even though they’re rough versions, they’re already better than anything in Dreamworks’ big budget suckfest The Prince Of Egypt.

Check it out, and if you like what you see, go ahead and kick Nina a few shekels to help her get Seder Masochism finished. It’s either that, or suffer through yet another year of painful Passover parodies.

Ninth plague: Darkness (Music: “Who Turned Out The Light On My Life” by Daniel Boone [197?])

Tenth plague: Death Of The Firstborn Egyptians (Music: “Spider Suite” by The Duke Of Uke And His Novelty Orchestra [2012])