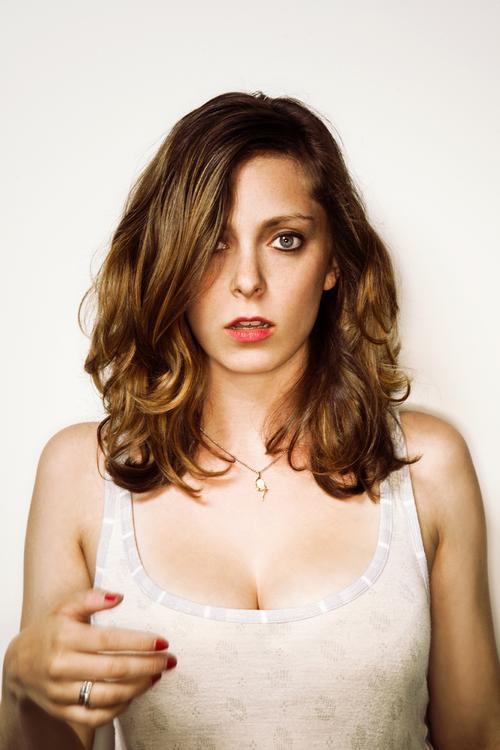 If you haven’t seen Rachel Bloom’s work, well then, you’re doing it wrong. This musical comedian is responsible for such hits as “I Steal Pets,” “Fuck Me, Ray Bradbury,” and the Hebrew school fantasy track, “You Can Touch My Boobies.” Bloom is also a television comedy writer, having worked for such shows as Allen Gregory and Robot Chicken. (She’s also an actress, but hey, one thing at a time, here.)

In anticipation of her first album and new animated music video being launched today, Heeb sat down with Bloom to ask about music, comedy, and Hebrew school.

So what new stuff are you up to these days?

A lot of what’s been taking up my time is working as a television writer, which has been great. And in that, is development; I’m writing a pilot. It’s one of those things where it takes up so much time. I’ve done live sketch comedy for so long where everything you work on people can see, and you almost feel more accomplished when you do an internet video or you do a show. With this stuff, it’s only an accomplishment that you can know about, or your friends can know about. Or, people can know about it years later.

What television shows have you written for?

I wrote for Allen Gregory, that was my first job. And then I wrote for some other smaller things, and then I started writing for Robot Chicken like a year ago. I wrote for a new show for Lucasfilm called “Star Wars Detours,” which is a show that takes place in the Star Wars universe in between the first trilogy and the second trilogy. Lucasfilm has put the show on hold, because of Episode 7, but I had the privilege to work on that show when it was still going, and that was awesome. And then I wrote for The People’s Choice Awards. And then I just did some work for a couple of weeks for The MTV Movie Awards. So it’s really fun to be in all these writer’s rooms. You learn so much, and you gain so many muscles. 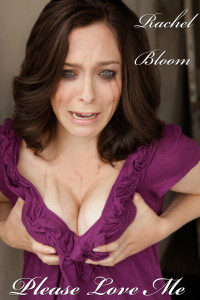 Tell us about your new album, “Please Love Me.”

I wanted to compile all of my songs onto an album, because right now they’re scattered singles, and plus, add some new songs and make that a cohesive album. I’ve started doing my music videos with different people; I have a new music video coming out with Cracked.com which will launch the album. It’s a soft album launching, because half the songs I’ve already done. So that’ll be really fun.

In June I have a new music video and a new song coming out with Funny or Die that I’m really excited about. It’s a giant, large production value video.

Of all of your songs, which do you feel is the most “you?”

There’s a song on my album called “Jazz Fever.” It’s probably overall my favorite song I’ve ever written. Maybe I’ll make a video of it, it’s just much more conducive to live performance. It’s like a jazz song, but I really like it.

If you could have any famous singer cover any of your songs, who would you pick to cover which song?

Liza Minelli covering “I Steal Pets.” That would be . . . amazing. 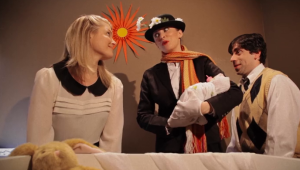 Bloom As Mary Poppins on Cracked.com with Stevie Nelson and Danny Jolles

What’s next for your music?

I have a ton of music video ideas that I’ve been saving up and I want to do. The next month or two I’ll be looking into getting funding so I can do a bunch of them in a row.

I’m working on a full length musical, which is funny because I’m going back to playwrighting. That’s kind of been my dream, to do a musical and then bring it to New York. So I’ll be workshopping the Act One of that at the Upright Citizens Brigade Theater in L.A. in the next couple of months.

What are some of your favorite projects you’ve been a part of that you didn’t write?

I’m in a Yahoo webseries called “The Fuzz.” It’s really funny. It’s like a puppet cop show. It’s going to be released on Yahoo Screen, like Burning Love, similar to the way that’s been released. It’s like The Wire meets Sesame Street. I play the floozy girlfriend of this drug lord puppet. I filmed that in New York last year. It was originally scripted like a movie, and then they broke it up into episodes. It was a really good script and I had a lot of fun doing it. And I also, in a good way, got like really actor-y with it, like I really worked hard. And that was really freeing to do that, to just be an actor, and to go back into acting mode. Because there is a part of me that is still a dramatic, emotional, actor, and it was nice to do that.

You new video, “Historically Accurate Disney Princess Song,” is awesome. Disney has yet to do a movie about a Jewish princess. If they were, what do you think the story would be?

Once upon a time, there was a girl named Esther living in Long Island. One day, her evil parents locked her high in a tower for crashing their BMW. However, she’s rescued from the tower by a hideous beast whom she grows to love- and by hideous beast, he’s a normal man who’s only half Jewish (and on his father’s side).

If you were to be cast as the princess, who would you cast to voice your prince?

Ryan Gosling with a deviated septum.

What was your Hebrew school experience like as a kid?

I went to reform Hebrew school from four to six, and I went to conservative Hebrew school closer to my house from ages seven to ten. I was really bored, and I basically wanted to do more theatre, so my parents let me quit.

So did you have a Bat Mitzvah?

I didn’t. Which was dumb, because Bat Mitzvahs are awesome. If I had just stayed that extra two years I could have had a Bat Mitzvah.

What do you think is so awesome about Bat Mitzvahs?

I regret it a little, although, had I been going to Hebrew school, I wouldn’t have been doing singing lessons, so it’s always like the road your didn’t take. You never know.

*****
To see all of Rachel’s stuff, visit http://www.racheldoesstuff.com.