Obama’s Sin: An Error in Syntax 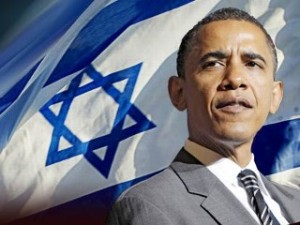 Truly, Jewdar believes that it is good to have a diversity of opinion in the public sphere, but shouldn’t there be some kind of requirement that before somebody be given a column, a talk show, or a prime ministership, that they be able to exhibit the same level of ability to follow basic directions as a 5-year old? Case in point—the current hysteria on the Right over Obama having allegedly said that Israel should go back to the 1967 borders. Israel has to give up the Kotel? The Old City? Has to go back to the “Auschwitz borders?” That certainly does sound troubling. The problem, of course, is that Obama never said that. Here is what he actually said:

The borders of Israel and Palestine should be based on the 1967 lines with mutually agreed swaps, so that secure and recognized borders are established for both states.
Forget about being able to follow a whole sentence; Obama’s critics couldn’t even make it through a whole clause. To borrow from the every wise and foxy Mrs. Jewdar, it’s like when we tell the little Jewdars “No TV until you clean the living room,” and they respond “No TV!?”

So what did Obama actually say? Pretty much what’s been the negotiating position of every Israeli government that has negotiated with the Palestinians since 2000 (and not just Israeli governments—it’s more or less been Avigdor Lieberman’s position as well). Not only that, but it’s the only reasonable negotiating position (“reasonable” being defined as a position that leaves both sides equally dissatisfied). To see how reasonable, let’s look at the alternatives.

1. MEGA-JEW LOVING POSITION—The United States commits mass genocide on all non-Jews in the Middle East, leaving Israel in control not only over Israel, but all of the region’s oil resources, pyramid tourism revenue, and existing supplies of high-quality carpets.

2. Super-awesome Israel Loving Position—Israel doesn’t have to give up anything, Palestinians, who don’t exist, get to enjoy the continued benefits of Israeli democracy without any of that messy voting to get in the way.

3. Super Israel Loving Position—Borders based on where Israelis are living now, scattered all over the West Bank, so that a Palestinian state would come into existence, with pockets of Israel spread throughout, like Flavor Crystals in a Certs, but connected by an enormous web of security roads and checkpoints (which, to make them easier for the Palestinians to swallow, we can call Flavor security roads and checkpoints).

4. Israel Loving Position—Borders based on the land that Israel has formally annexed to Israel. In this one, the rest of the West Bank would be open for negotiations, but East Jerusalem would be off the table, which may sound reasonable, but since no American government—including Reagan and George W. Bush—has recognized Israel’s annexation of it, that would be a pretty big exclusion, and an automatic deal breaker, not unlike…

5. Israel Hating Position—This would be an actual call to return to the 1967 borders, which would actually see Israel losing the Old City, and hundreds of thousands of Israelis dispossessed.

6. Super Israel Hating Position—Based on the 1947 partition borders, which would see Israel losing not just the Old City, but Jaffa.

7. Super-Awesome Israel Hating Position—Based on the 1947 Mandatory borders, there would be a one-state solution, be it “Israel,” “Palestine,” “Israstine” or some such thing.

8. MEGA-ANTISEMITIC POSITION—No preconditions, no basis, no rules, in which the Palestinians could lay claim not only to Israel, but to Jewish neighborhoods in New York City as well. Is that what Obama’s critics want? For the Palestinians to take control of the Upper West Side or Forest Hills?

So what did Obama actually propose? That Israel would have recognized without question its gains from the War of Independence, and that it could also keep important territories gained in 1967 (including the Kotel), in exchange for other land. All this seems not only pretty reasonable (and as I’ve demonstrated, squarely in the middle of options), but also pretty likely to be what the final framework of what a settlement would look like. So what have Israel’s alleged supporters decided to do? Are they launching a PR campaign to help define what those future borders should be, to distinguish towns like Efrat from “settlements?” Are they trying to figure out the best way to disconnect parts of Arab East Jerusalem from the rest of Jerusalem? Are they searching for the best land to swap for the lands in Judea and Samaria Israel will keep? No, of course not, because all that implies some connection to reality. Instead, they are playing word-games by criticizing Obama for half a sentence.

This is typical of the “head-in-the-sand” attitude that has become the default position of Israel’s supposed supporters every time a new opportunity arises for Israel to take a pro-active position in the propaganda wars. The same can be seen in the recent reunion of Hamas and Fatah. The smartest approach for Israel would have been to welcome this development, but ask a few questions, both of the PA and Hamas. Of the PA, they should have asked “If you have the authority to negotiate on behalf of Hamas, can you negotiate for Gilad Shalit?” If they say “no,” you can say that there’s no point in negotiating a peace treaty if they can’t even deliver on Gilad Shalit, and if they say “yes,” God-willing, you may be able to free Shalit.

Regarding Hamas, Israel should have announced perfect willingness to negotiate with Hamas, based on their answer to one question. Forget about recognizing Israel now—would you recognize Israel’s right to exist as a result of a negotiated peace with the PA?

It would be a defining moment for Israel and Hamas. If Hamas says “yes,” you have gotten them to make a tremendous concession, and can move forward with talks on that basis. If they say “no,” you can refuse to negotiate based on the very reasonable premise that Hamas has stated that no matter what, they won’t recognize you.

Instead, Israel’s PR machine continues to ignore the opinion of anybody outside of the Israeli electorate, and to allow Israel to be defined by the situation as opposed to defining the situation. Years ago, when Israel understood that PR matters, Abba Eban (who was always more popular abroad than in Israel) said of the Arabs that they never miss an opportunity to miss an opportunity. What would he say today?