Stop It, You’re Killing Us! 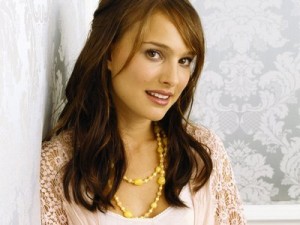 Don’t get us wrong, Jewdar loves Natalie Portman, just not in that way (Jewdar likes his MTA with a little more Transit and Authority, if you know what we mean). Still, having taught in an all-boys Jewish high school in the early 21st century, we know that for a certain generation of young Jewish men, Ms. Portman was the n’est plus ultra of Jewish sex symbols–easy on the eyes, wealthy, successful, Ivy-League-educated, supporter of Israel, defender of the Jews, and yes, for a lot of them, the whole Star Wars connection couldn’t hurt. As if she couldn’t be any more desirable as a Jewish spouse, she’s now considering adding super-mom.

By that, we don’t mean the way some Hollywood actresses define it (“Look, I’m adopting another baby for my nanny to raise!”), but the way normal humans tend to — as someone who stays home to take care of the kids (which she can do, onnacounna the whole wealthy thing we mentioned earlier). While the cinematic world would doubtlessly miss her (would a Thor thequel be the thame without her?), to Jewdar, it simply highlights what we were getting at before. We hope she and her Gallic swain know nothing but the best (and, you know, that he joins the Tribe), but if things don’t work out, Natalie should know that virtually every Jewish grandmother in America is prepared to set her up with an entire generation of grandsons.