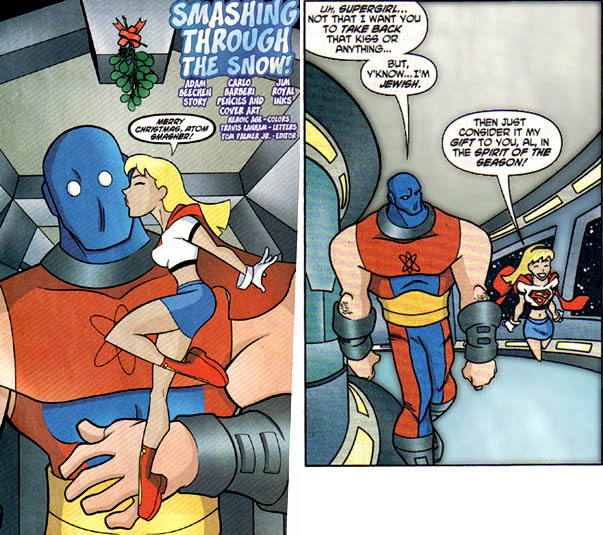 Before Jewdar begins, let us state that if you don’t want a major spoiler on the season premiere of The Flash, then don’t read on, but Jewdar is a tad bit enraged.  So anybody who knows Jews and knows comics knows that when it comes to characters, Members of the Tribe are few and far between.  Not as bad trying to find young, contemporary Jewish couples on TV, but still, pretty bad, especially considering how many heroes (at least in the Marvel universe) live in NYC.  So when Jewdar heard that superhero Atom Smasher, aka, Albert Rothstein, was going to be appearing on season premier of The Flash, we were pretty jazzed.  Until it turned out that it was not only a one-shot, but that Atom Smasher was turned into a villain, and (SPOILER), he died at the end.  Jewdar suspects that somebody knew that they’d done something wrong, because another Jewish character, Martin Stein (the professorial psyche behind Firestorm) who had been on before but never came out of the aron kodesh, so to speak, started dropping some Hebrew.  So yes, there is a Jewish character.  But honestly, talk about playing into stereotypes–they keep the bookish physics professor whose role in fighting villains is essentially being the voice in somebody else’s head, but kill off (without ever mentioning he’s a Yid) the guy who grows really big and smashes things.  Not as bad as killing off Darth Maul and keeping Jar Jar Binks, but come on guys, if you’re going to announce that you’re putting one of your few Jewish superheroes on a TV show, couldn’t you have actually made him both a Jew, and a superhero?