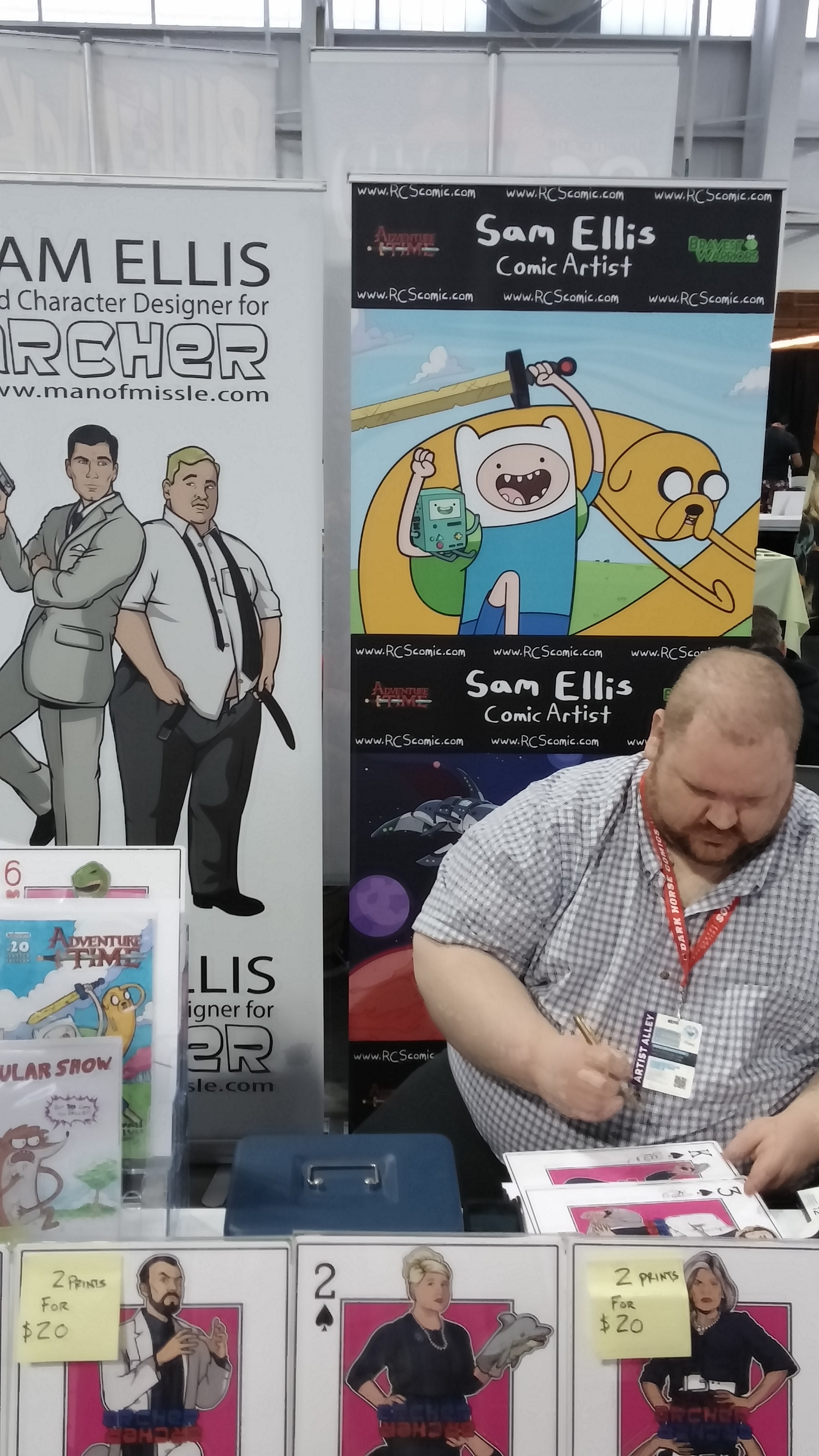 You ever have one of those days where you really, really want to go to a comic book convention, but there isn’t one until Succos?  Jewdar knows that we have.  Thankfully, the good folks at Reedpop have decided to play pusher man to our Pookie, and have added Special Edition, a sort of mini-comic con that only focuses on comics to the annual rotation.  Jewdar and the wee Jewdars (the elder of which purchased some signed prints from Sam Ellis, character designer for, among other things, Archer).  Special Edition may not be Comic Con, but if you find yourself jonesing this time next year, it’s a good place to get a fix.