It’s Shecky vs. Gilbert In A Friar’s Club Kerfuffle

[CHECK OUT OUR EXCLUSIVE INTERVIEW WITH GILBERT GOTTFRIED ABOUT THE FRIAR’S CLUB INCIDENT, HERE]

Groucho Marx famously quipped “I don’t want to belong to any club that will accept people like me as a member.” Now, one such club is facing dissension in its ranks as an iconic member seems to be taking Groucho’s adage to heart.

The Friar’s Club, legendary fraternal order of comics and comedians, tumlers and troublemakers, lost one of comedy’s reigning deans this week as Shecky Green tore up his membership card and left a Friar’s event in a huff… all over a dirty joke.

At an event honoring comedy stalwarts Freddy Roman and Stewie Stone, Shecky was so incised by a particularly filthy joke told by presenter Gilbert Gottfried that he threw in the towel on the evening, and possibly the Friar’s Club as a whole, publicly declaring his dissatisfaction with the Gottfried’s jape.

Freddy Roman got up and told Schecky he was out of line, which made Greene so mad that he got crazy. “Well I used to be a fighter, and I can’t do it now, but it all came back, my youth all came back to me,” Greene said. […] There was screaming, and people telling him “no, don’t” and he even told the producer of the show at one point that he was going to kill him.   “I swear to God,” he said, “I really was gonna kill him.”   No punches were thrown, but after he got back to his hotel, he ended his association with the famous club.  “I called up and I told them tear up my card and i quit.” 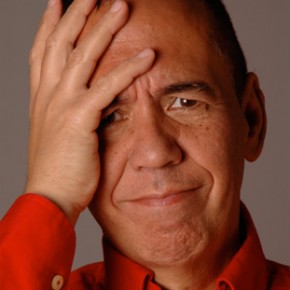 And what was this joke that was so filthy that it would offend a noted comedic madman like Greene, the man who cursed out Jerry Lewis to his face in front of a thousand people? So far no one’s given any specifics, but Showbiz 411’s Roger Friedman claims:

…the joke he told was much much worse than the “Aristocrats,” a joke so filthy that a whole documentary was made about it.

I can’t really reprint the joke here. It has to do with hemorrhoids. And something else.

But just because Shecky may no longer be a Friar doesn’t mean he’s lost his comedic chops. Greene got the final laugh talking about the incident to SirusXM’s Ron and Fez show, where, in spite of claiming he actually has enjoyed Gilbert in the past, he put the matter to rest:

“I think I liked him better as a duck”

You can listen to the interview here:

And here’s Shecky in the recent documentary When Jews Were Funny: