WTF Is Happening In This Israeli Airline Safety Video? 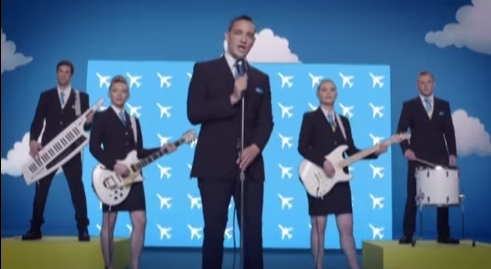 Airline safety is no laughing matter, especially for Israel’s El Al Airline, which boasts some of the toughest security measures in the world.

So, uh, what the fuck is this colossal mess?

Somehow, this acid-trip shit show manages to be less useful than if someone were to just read the damn safety instructions like an adult. That it’s all “rapped” to the same script airlines have been using for decades only serves to heighten the uncanny valley-ish sense that this is *supposed* to be “quirky” and “cool,” and is, instead, “forced” and “creepy.”

So boo to you, El Al and boo to your awful nostalgia “infotainment.” Next time just stick with what you’re good at: Losing my luggage.