In case you missed Roseanne Barr on The Wendy Williams Show this morning, don’t worry, she didn’t kill anybody. However, the History Channel can’t say the same because the hellacious housewife from our Germany Issue plays both Hitler and an all-American asskicker named “Sarge” in their revisionist WWII mini-series. 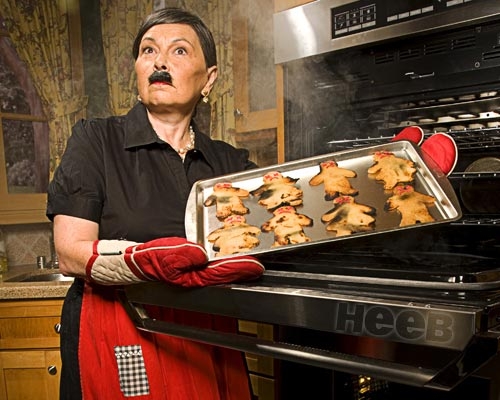 Okay, that’s not true. Basically her son has mashed up a parody of History’s Heroes Under Fire that puts Mein Rosie in action. A third clip is on its way, I’m told, so we’ll keep you posted. Until then, enjoy Roseanne Barr’s campaign to liberate the world from the Axis powers.