kerin.rose is hard to miss. Try to picture Peg Bundy but as a New Yorker with a Ziggy Stardust sensibility. If you can do all that, you’ll imagine something like her.

In 2008, kerin.rose founded a-morir, an accessory line that includes glasses, hats and necklaces, and in just a year’s time kerin.rose’s gotten shout-outs in publications like Rolling Stone, Marie Claire, Arabia, and NBC’s New York blog. Her eyewear’s been featured on MTV and The Tyra Banks Show, worn by Katy Perry and championed by Rihanna. All this at the dawn of her career. She talks with us about chumming it up with celebrities, her love of her Bedazzler and how the televised Kennedy/Nixon debate relates to her work.

You’re cool with the tape recorder?

Okay, so when did you pick up the Bedazzler?

I’ve been encrusting random shit with crystals for a number of years. I did my first pair of Converse shoes in about a week in the winter of 2005. I did get a Bedazzler for my 18th birthday (thanks, mom and dad) but I didn’t start doing them on eyewear until probably October of 2008.

And why did you even start?

The very simple and matter-of-fact answer is that I’d bought about 1,500 crystals because I thought that I was getting a new phone. And I’d been bedazzling all my cell phones since I was 17 and first got a cell phone — which I just found in my house. It has three bedazzled fucking x’s on it because I was straight edge at the time. Yeah, I had a fucking bedazzled straight edge phone circa 1990-something. 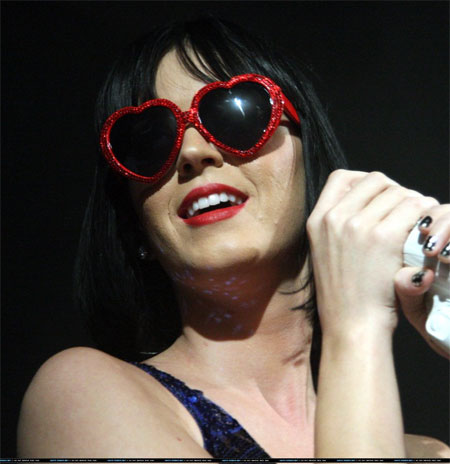 So I’d bedazzle all my phones and I thought I was getting a new phone. And it was either going be an iPhone or a Blackberry and there’s a lot of surface area there. I wound up not getting a new phone and I also wound up breaking my only pair of glasses and I was like, â€˜Ah, I need a pair of sunglasses and I’ve got all these stones,’ and that’s really all she wrote. I didn’t even think to do anything with it but, literally, in the most primal sort of way, I started getting attacked on the street by people who were like, â€˜What is that?! Where can I buy those?! Oh my God! I’ll kill you!’

And at the time you were working at Patricia Field’s right?

Yep. I’d quit a marketing job in a quarter-life crisis and started working part-time at a boutique like every good NYU graduate. I wore [the glasses] into the store and they asked me why I wasn’t selling them and I said I didn’t think that was an option. And then they wound up in some print and music videos and bitches lost they [sic] shit.

So you go from doing it for fun to getting plugs from The Tyra Banks Show, Rolling Stone‘s Gift Guide and you got Rihanna’s support. Did you expect any of it?

No. It completely caught me by surprise, so much to the effect that I have basically dropped out of graduate school. I started grad school in September and just couldn’t [finish]. I’d applied much earlier on for a master’s in Costuming History. 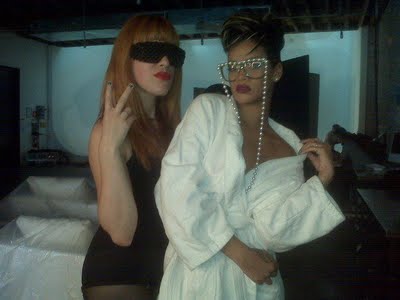 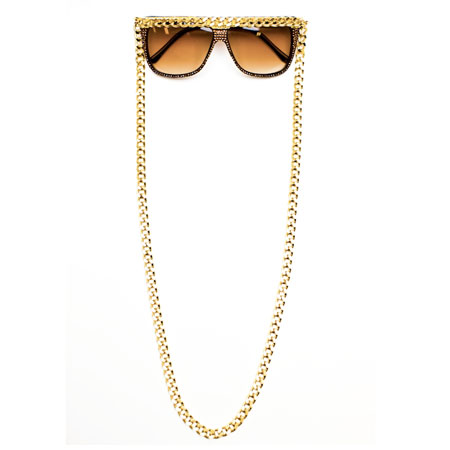 Can we talk about your college thesis for a minute?

Yep. I graduated in 2005 from NYU’s Gallatin School of Individualized Study, which was made famous because the Olson twins were there for like, a week. We create our own topic of research and then we present a colloquium at the end. And my colloquium was "The Co-dependence of the Spectacles of Fashion and the Spectacles of Music in Popular and Sub-Culture" — but not spectacles like eyewear, spectacles like the French existential, Guy Debord-esque, uh (laughs) . . . 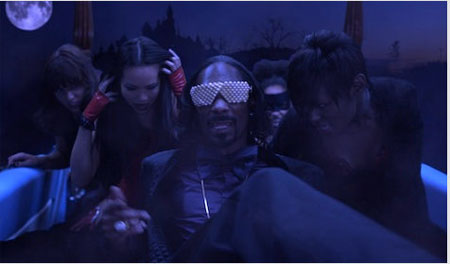 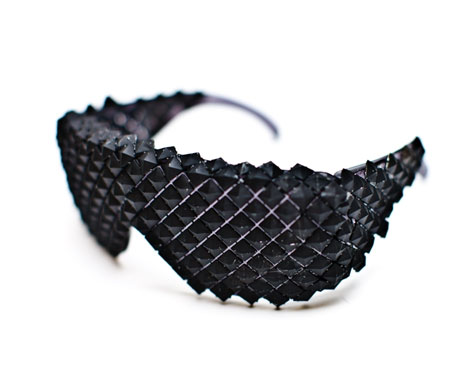 Yes, you can see out of the Barracuda Glasses (pre-order now) by kerin.rose

But one of my big things was looking at the storyline arcs of punk rock and hip-hop and how they’re basically the same thing but dressed up in different uniforms. They started very similarly. It’s the exact same shit with just a different sub-cultural uniform. This was also around the time when every celebrity and every musician ever had started a clothing line and I looked at why that was important and why people gave a shit and how, in my eyes, the relationship between fashion and music was really underappreciated, or misrepresented, in the general pop cultural psyche.

So why do people give a shit?

I think they’re starting to now. You look at Daniel Boorstin’s analysis of the rise of print and tabloid media in the 1950’s, when television really started to come in and tabloidism was something that people cared about. Starting from that point, your ability to make it on talent alone was thrown away. Obviously, the best example of that in popular culture is the Kennedy/Nixon debate. It was common that anybody who listened on the radio went for Nixon, but Kennedy’s people were like, â€˜You have to wear a dark blue suit because on black and white TV that will translate better,’ and the entire image of what you were presenting was a lot more important than what you could do. And so with music the same thing happens. Yes, the music is important, but people care more about the personal branding behind it. 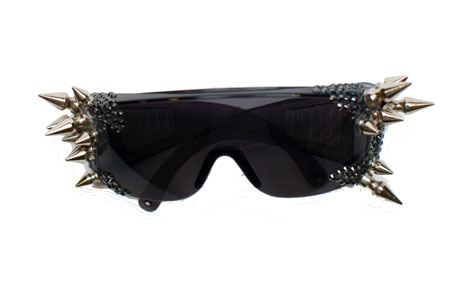 Brand building and music have absolutely nothing to do with one another. But even if you look back to somebody like Mozart, if you really want to take it there, and I mean, yes, Mozart the genius child prodigy wrote his first sonnet when he was six or something or his first symphony at fourteen . . . fact check that stuff, please. But one of the reasons why he’s so prevalent today, or became prevalent and retained, is that because he was very ostentatious and very eclectic in his dress and was known for being this wild and crazy character. So that’s what I did in college. I analyzed that shit.

So it seems like your line uses that idea, extends the spectacle of fashion and it’s really in your face.

How do you see yourself in that context?

I mean, even from the most basic element, the fact that my medium of choice is fucking glitter. It’s sparkly ass shit! When you shine a light on it, it sparkles. But from a metaphorical perspective, if you really wanna go there–I put glitter on people’s faces and they love it. And so you shine a light on that glitter, and it sparkles and it’s hard to look away. And that’s what a celebrity is. That’s what a spectacle is.