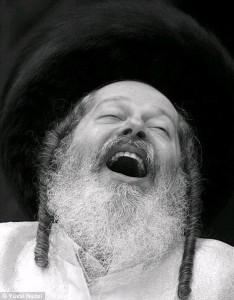 …of walls of family purity.  At least according to this fantastic headline:

According to the account, after a call by Rabbi Aharon Leib Shteinman one of the top Israeli Chareidi rabbis (who also recently called on Chareidim to avoid Israel’s National Service), tens of thousands of women attended “via live broadcast”  a Bnei Brak rally to hear rousing speeches on the need to keep the family pure by avoiding the internet.  The article itself is full of all kinds of harrowing tales of family men whose lives were ruined by internet perversion, whatever that may be in the Chareidi context.  That raises an interesting question for Jewdar.  According to the account, this rally was broadcast live to over 100 locations throughout Israel.  In a world in which photos of fully clothed women–or even their faces–are considered pornographic, by assembling tens of thousands of women, Rabbi Shteinman may have become the greatest purveyor of perversion in the chareidi world.