Practice Artistry and Idolatry on “Everybody Draw Mohammed” Day

Which is worse: Mohammed under a censor bar, or Mohammed wearing a bear suit?

As you may remember, South Park‘s depiction of the Prophet Mohammed –in a bear suit, no less– incited thinly-veiled death threats from the radical Islamic group, Revolution Muslim. One writer, Abu Talhah al-Amrikee, actually included an image of Theo Van Gogh, whose throat was slit for his representations of Mohammed, and even added helpful information on how to contact South Park creators Matt Stone and Trey Parker: “You can pay them a visit at these addresses.” And just to clarify, al-Amrikee claimed this was not a death threat, merely a death “warning.”

Spurred on by the controversy, Facebook members have dubbed May 20th “Everybody Draw Mohammed” day, where participants are encouraged to doodle a likeness of the holy Islamic figure (in the tradition of Kurt Westergaard’s cartoon) as a protest against censorship. Their philosophy seems to be, “if everyone does it, they can’t get us all.” Though they’ve already accumulated over 90,000 members and 9,000 uploaded pictures, another Facebook group is protesting the event, and, of course, the creators of the first group have received numerous death threats.

Though we’d like to join the festivities, we also value our lives. Therefore, we’ve drawn our own version of Mohammed below: a completely non-offensive representation of an outline of Mohammed — a transparent rendering in the spirit of Wonder Woman’s invisible Plane. Really, it could be anything. 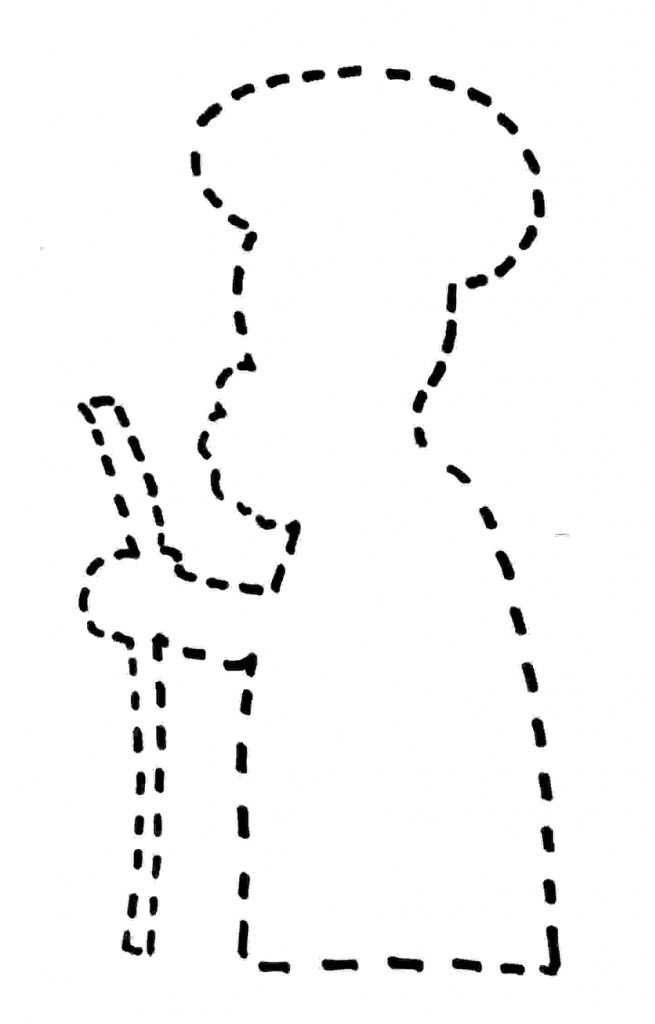 This invisible figure could potentially represent anyone: a woman suffering from osteoporosis while sporting a beehive hairdo, an elderly smurf, Chef Boyardee with a broken leg, etc.