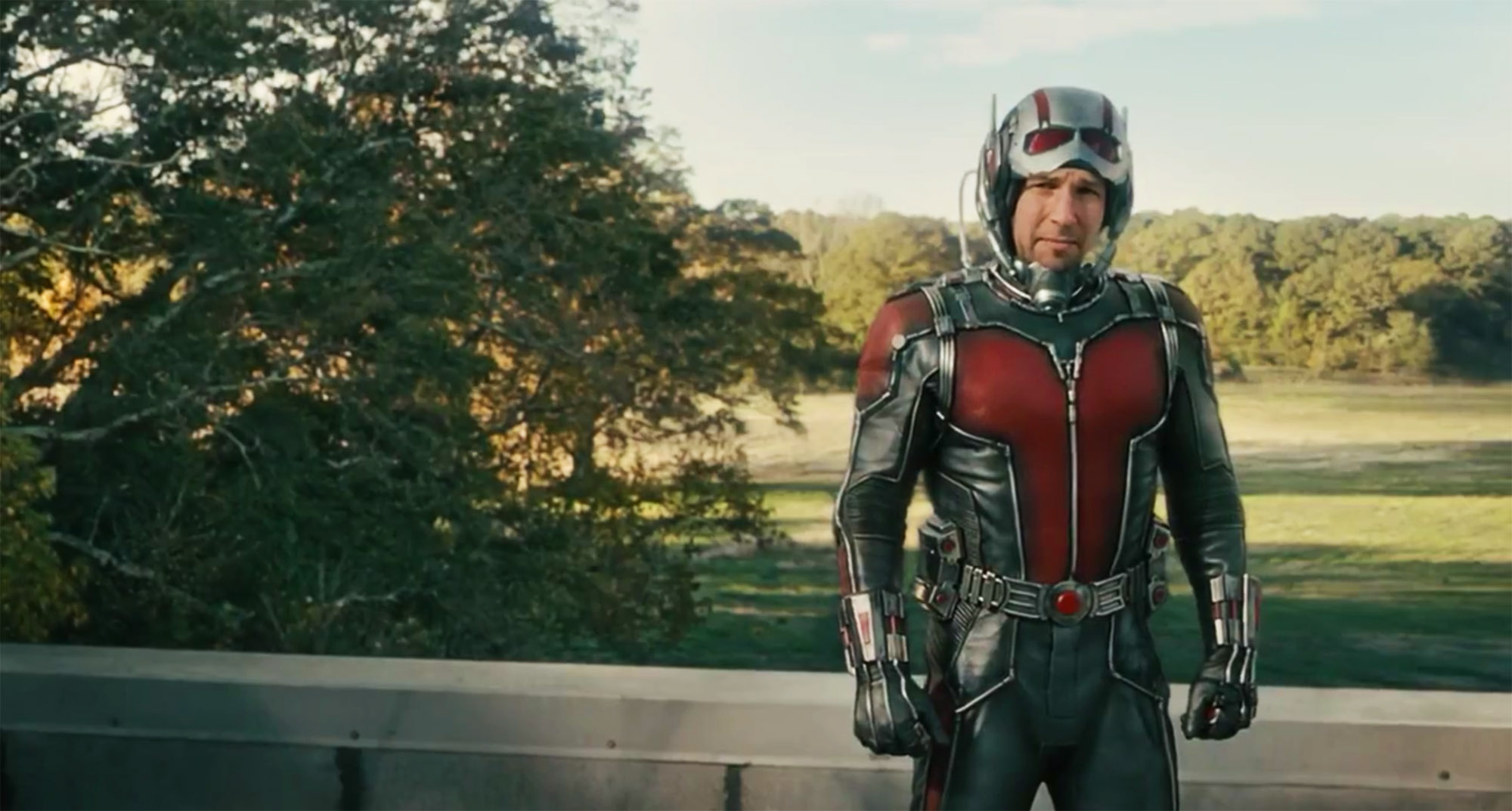 It’s been nearly eight years since I wrote you last. I know–I can’t believe it either. Like, where does the time go? And so much has happened. I mean, so, so much. Like I became a dad…and you became a super hero! How crazy is that?

Why, it was just 2007 when I sashayed across the room to you at an open bar hosted by Edgar Wright and asked you to be on the cover of HEEB (remember print magazines, Paul?) and you said, Yes. Because Paul Rudd is the type of guy who says yes. Paul Rudd says yes to life. But then yadda, yadda, yadda your agent sabotaged the whole thing and then weeks later, instead of HEEB, you’re inexplicably on the cover of Men’s Journal talking about your “inner guy” (I’m not making that “inner guy”-part up, Paul. It’s on the cover. You said it. Not me.)

But here’s the thing people don’t know. You wrote me back some time later from your personal email account apologizing for the whole fiasco. Apparently, you weren’t even made aware of my pursuing the feature story for our mag and you were kept in the dark, which, let’s be frank, is so totally an agent thing to do. And so after I printed out your email, read it maybe three hundred-and-one times, framed it, then bronzed it in gold and silver, I had nothing but fond memories about our thirteen in-person minutes together. Sometimes when I want to impress acquaintances, I’ll even casually tell them that Paul Rudd once wrote me an email. Which, in 2015, is a very impressive thing. But I always play it down like it’s no big deal. Because the whole point of the story is to look cool.

Now, I wish this whole open letter redux to you happening right now was all back-patting and high-fiving and ankle-massaging for Your Having Officially Made It™, but I have a bone to pick with you, Paul Rudd. And forgive me if I use this open forum as an opportunity to call you out on it. Seriously. Do you forgive me?

I have seen Ant-Man and it is winning, charming and delightful. Which is no surprise because you are in it. It’s a modest superhero movie, if such a thing could actually exist–and finally it does! It’s also mostly a family friendly affair aside from the fact that Michael Douglas was once in Basic Instinct. But even more amazingly, it incorporates you into the Marvel Cinematic Universe which is totally bonkers. You alongside Thor, Captain America, Iron Man and Nick Fury. Our guy Paul from Passaic, New Jersey. Our guy Paul who once got an aliyah at his Bar Mitzvah. Our guy Paul who despite all his successes is still serving up heaps of “aww-shucks” and never, not once, making it feel like it’s insincere. You’re a goddamn Avenger. Mind blown. Mind regenerates. Then mind blown again. This is one of those moments when we Jews lean over to one another and whisper about how successful we’ve become but we’re also kinda skeptical about all of it because, well, Holocaust. 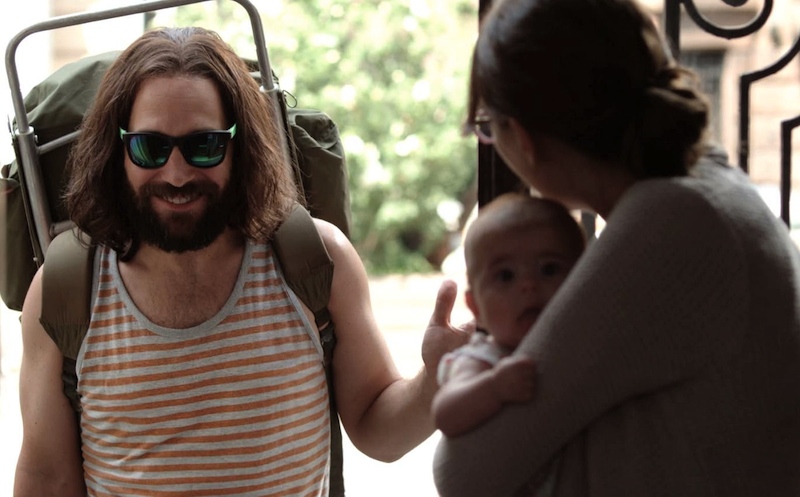 Here’s the thing, though. Upon reading my 2007 Edition open letter, I came across something…troubling. Now, I don’t often say brilliant things, Paul, but this one thing goes down in my very own Genius Hall of Fame Thoughts Moment Hall.  In 2007, I said unto thee, “Don’t be mad when I tell you that I’ve thought about your career, about how you’re 38-years-old and always just on the cusp of being a star.” I continued, quoting myself. “The cusp, Paul, is like Jersey City to Manhattan. [But] where’s your breakout role? Where’s your Hotel Rwanda? Your Entourage? Your movie about Truman Capote that starred the other guy who wasn’t Philip Seymour Hoffman? Shoot something that really blows up your star factor like a summer blockbuster superhero movie.”

Sure, you can go ahead and read that again, Paul. I’ll wait. “Shoot something that really blows up your star factor like a summer blockbuster superhero movie.”

Did you just get chills right now? I know I did. Was I eight years ahead of your agent and manager and should I probably now be promoted as both your agent and manager, or more succinctly, a managent? Yes, yes and of course. Am I responsible for perhaps planting the mindseeds of your career in your mindhole by giving you something to aspire to? Definitely. Have you all the while, since 2007, been thinking about your career trajectory and how you could actualize that awesome idea that that Jewish guy who vaguely looks like Mayim Bialik’s TV brother in the hit sitcom Blossom gave you in the first installment of the Open Letter to Paul Rudd series? You bet your adorable dimples, you have! [By the way, it should be noted that in my original letter I also suggested you’d be great portraying an underdog superhero character like DC Comics’ Blue Beetle. Instead you’ve brought another underdog superhero character to life who’s very name also happens to be bug-themed! Coincidence? Let the jury rest/ mic drop!]

Yet in all your promotional appearances–here’s the troubling part–I have yet to see a shout-out to me. I have yet to hear how, yes, while it is surprising to many that you are now Ant-Man for the next contractually obligated three-and-a-half decades, it was something you were always working toward because someone special believed in you.

And despite it all, Paul, I am genuinely happy for you. You have hit your stride. Your movie is currently hovering at number one boasting a $106.1 million in earnings, with only two weeks out in the midst of the competitive box office season (although I wouldn’t necessarily qualify Adam Sandler as competition, really). What this means is that Marvel and Disney has enough faith in you to carry a blockbuster–just as I already had way back in 2007–and the movie is performing well. No surprise here. Paul + superhero = $$$$$ and some £.

However, would a nice bouquet be too much to ask for? Or a bottle of 18 year old Glenlivet? Or how about an autographed $230 Ant-Man manchild “collectible” (which I–shhhhhh! Don’t tell my wife–pre-ordered because it’s Paul Rudd! As a super-hero! As a toy! I meant, “collectible!”)? Don’t get me wrong, man. This moment you’re having has been forty-six years in the making. You deserve it more than anyone I don’t really know at all. And I’m not saying that I’m partially responsible for the success you’re basking in right now, because I’m completely responsible for it. So…to quote the great philosopher will.i.am, where is the love, Paul? Where is the love?

PS have you met Scarlett Johansson yet? If so, what’s she really like?

PPS what’s like having a six-pack at forty-six? Weird, I bet. Like, do you look down at your body and think, Whoa, wait a second, is this my body?