Now Everybody’s Getting One 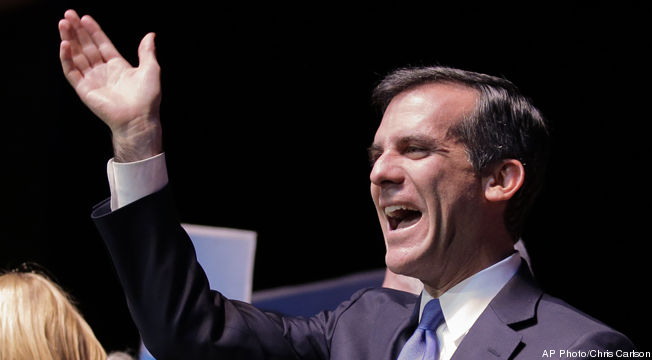 First Anthony Weiner announces he’s running for mayor, and now this.  Mazel tov to Eric Garcetti, the Nice Jewish Boy who just won the LA mayor’s race.  At least we think he won the LA Mayor’s race–the headline in the Forward announced:

…which leaves us a little unclear if that’s a separate position from the general mayor.  Either way, we’re happy for him, for the city, and for the ADL, which can now definitively state that not all Jews in LA are in show business.