Move Over GIRLS, it’s time to meet the GUYS. 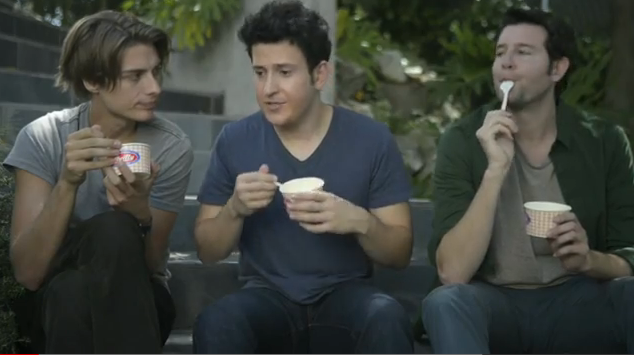 There are plenty of Lena Dunham parodies out there. And, while it’s one thing to just make fun of something, it’s something else entirely to create a tribute that is both loving, and entertaining, in its own right. Guys, a new webseries from producers Michael J. Robin (talk about a Jew with a goyisher name) and Thesy Surface deliver just that.

What is truly refreshing about this kind of parody is that it doesn’t read as merely sketch comedy. Utilizing the style of Dunham’s hit show Girls and mimicking same chatty-witty dialogue, Guys really gets the feel to the show it is mocking. Sometimes, you might even find yourself caring about the central character.

So far there are five brief episodes. Take a look at  the pilot below. Then, check out our sit-down interview with Dunham and Girls producer Judd Apatow.