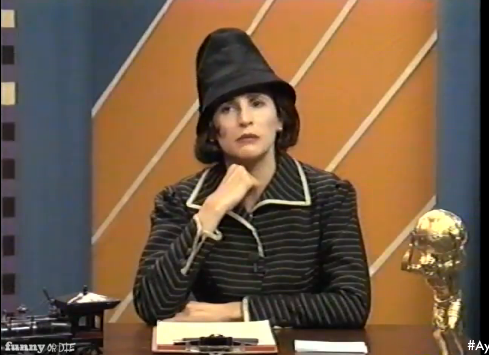 You may know Ayn Rand from her epic novels. Or from her number-one fan, Paul Ryan. Now get to know her from this sketch, starring Michaela Watkins and Rob Delaney. This is tribe member Watkins’s take on staunch-atheist tribe member Rand, and it shines as brightly as the sun off of Howard Roark’s angular buildings. (There’s some controversy as to whether Ayn Rand was, in fact, Jewish. Jewornotjew.com has concluded “Yes”, and based on their name, I assume they know what they’re talking about.)

One has to wonder if Ayn Rand would be in support of this sketch. On the one hand, it paints her as a harsh, controlling talk-show host who hates talk shows, so she’d be very happy. On the other hand, it could bring people together in laughter, which she would find nothing short of repulsive.