Links for Returning to Fashion After an Anti-Semitic Rant 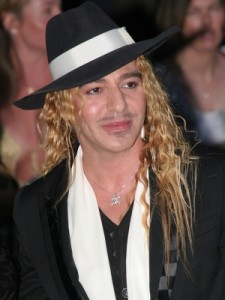 56 Ludlow Between Hester And Grand, The Apartment Where The Velvet Underground Started (The Awl)

My Mom Was Too Old She had me at 42. She got frail before I was ready. (Slate)

A former rabbi-teacher of mine has been accused of molesting students. So, why can’t I stop thinking of the good he did? (Tablet)