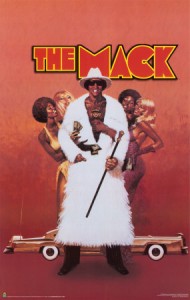 If Jewdar were a general, we’d be “Mackarthur.” If we were an admiral, it would be in “Mackhale’s Navy.’ And if we were a sultan of the Ottoman Empire, we’d be “Suleiman the Macknificent.”

In case you weren’t paying attention as to whom is the Mack, it’s Jewdar. And what, you may ask, has brought on this barrage of praise? Well, how about the fact that Jewdar ended “Don’t Ask, Don’t Tell.”

Have your doubts? Well, consider that the policy has been in place–and opposed–since 1993. Jewdar finally gets around to attacking it, and, lo and behold, a week later, it’s repealed. So who’s the Mack? Yeah, you damn right.