Hillary Clinton Has a Very Important Question About Gefilte Fish

Early Monday evening, the U.S. State Department released nearly seven thousand pages emails that had been sent from and/or received by Hillary Clinton’s during her time as Secretary of State. It is the largest email batch to be made public in months, all part of a court-ordered series of releases stemming from the revelation that now-Presidential candidate had used a private email server during her state department tenure.

The emails themselves range from the painfully mundane (one, sent in June, 2010 reads simply: “Are you still up?” and then “Yes — call me”) to dealing with issues of the utmost geopolitical importance.

Yeah guys. Where the fuck are we on this? I mean, hell, what happens if we let North Korea, or – god forbid – Iran, get ahead of us in the Gefilte fish race?

Okay, actually, the emails seem to stem from a yawn-inducing mix up over tariffs, and seven crates of carp that wound up stuck in Illinois (international gefilte capital that it is?) waiting to be cleared by customs for a trip to the holy land. 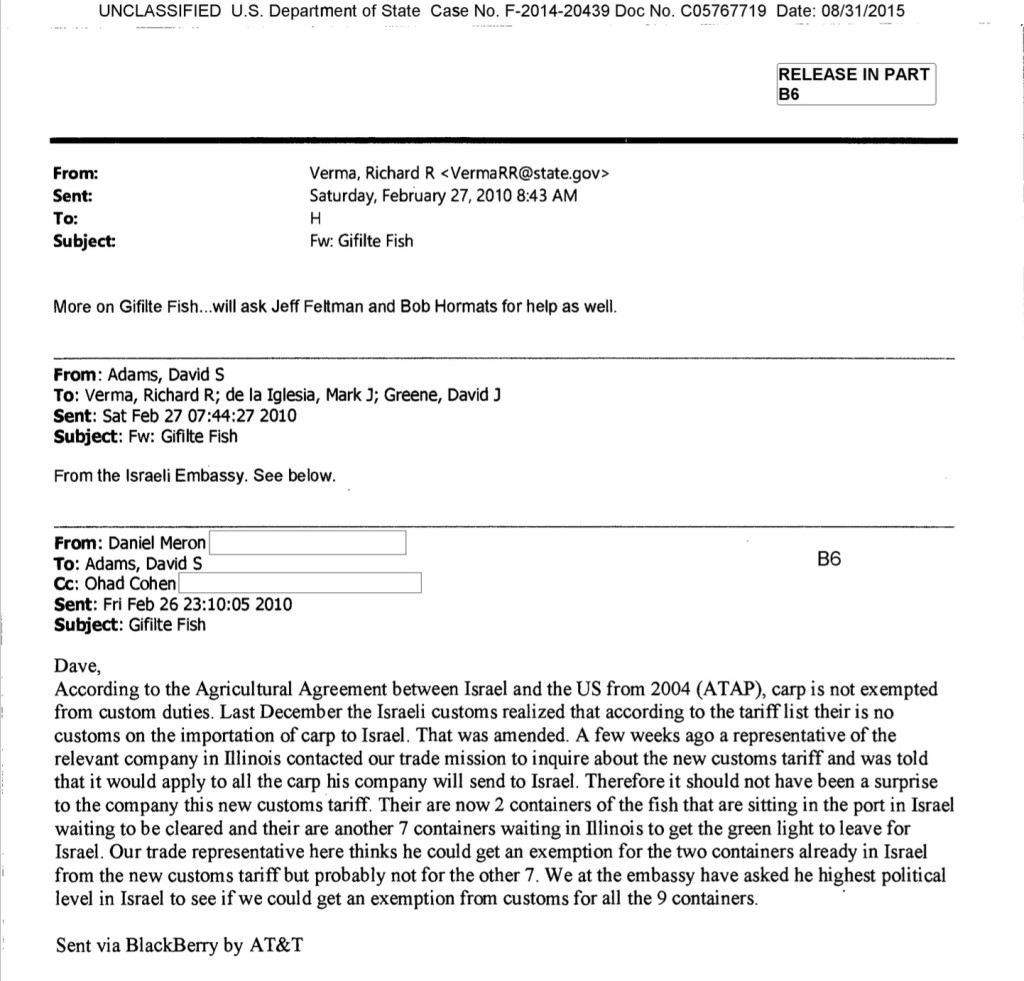 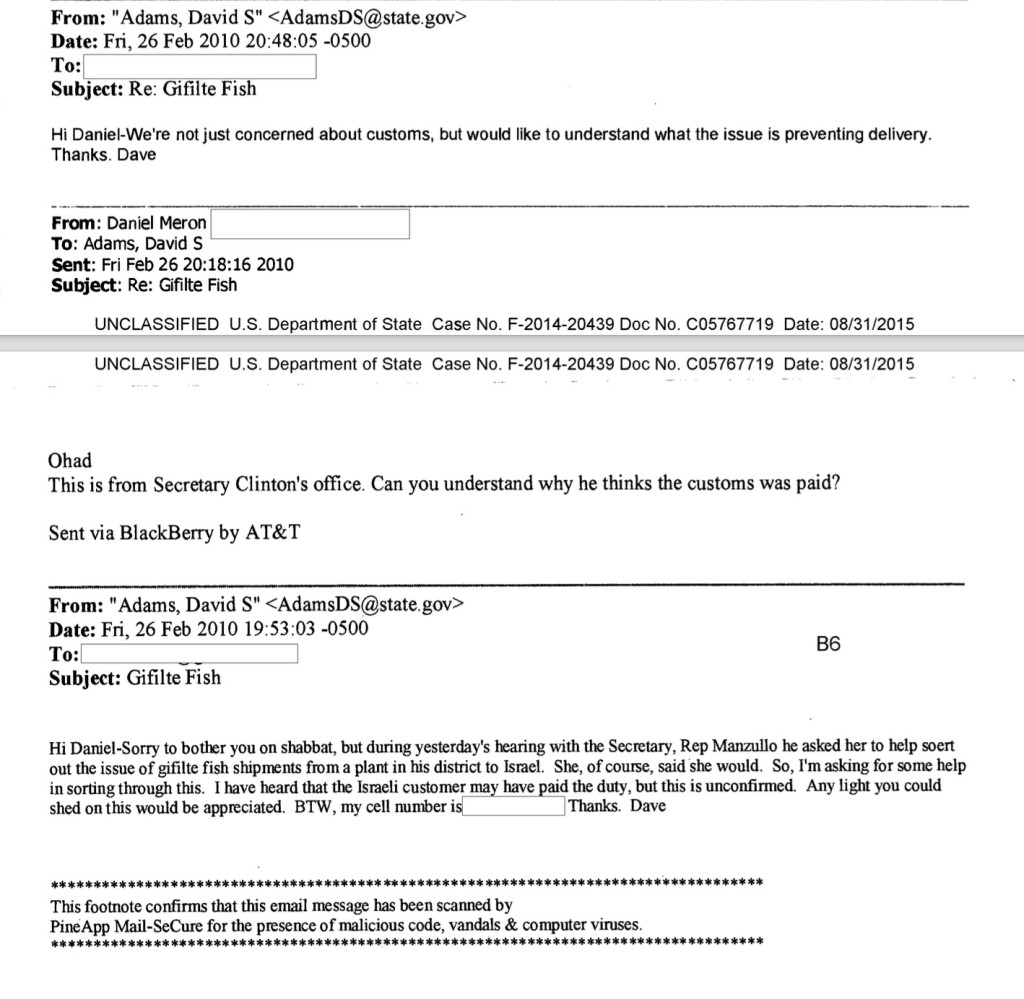 I, however, chose to views the two fishy messages as entirely separate issues: One in which the then-Secretary of State is being asked to look into a trade issue of utmost importance, and another in which she simply has a hankering for some sweet, succulent gefilte.