Gary Oldman Gets it Wrong, Mostly 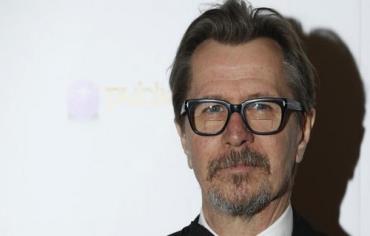 Gary Oldman is probably about to have a whole great big flaming bag of dog poop landing on his doorstep for his recent comments in Playboy regarding Mel Gibson’s antisemitic tirade years back. Here’s what Oldman had to say:

“Mel Gibson is in a town that’s run by Jews and he said the wrong thing because he’s actually bitten the hand that I guess has fed him. […] But some Jewish guy in his office somewhere hasn’t turned and said, ‘That f***ing kraut’ or ‘F*** those Germans,’ whatever it is? We all hide and try to be so politically correct,”

Let’s first of all correct Oldman. Gibson wasn’t just some guy who made an off color joke. He was raised by Holocaust-denier in a schismatic ultra-conservative sect of Catholicism that left the Church over it’s adoption of wacky liberal ideas like no longer blaming the Jews for the death of Christ. Then there was the whole Passion of the Christ thing (haven’t seen it, and by itself perhaps not so bad), and his refusal to respond directly to the question of whether or not he believes there was an effort on the part of Third Reich to commit mass murder against European Jews through the use of exterminationist gas chambers.

We happen to agree with Oldman that people are overly sensitive, and that comments which, in a healthier environment would simply be viewed as evidence of being pissed off, or an asshole, or even, yes, prejudiced, are now taken as proof that the speaker is like some kind of scientifically mutated Super-Hitler. But here’s the thing. If Mel Gibson knew the cop pulling him over the for the DUI were Jewish, and calling him a “fucking Jew,” Jewdar would say that’s reasonable. Jewdar is a cool cat, but we feel that when you’re mad at someone like a cop or a paparazzo, it’s understandable that you might say some things that reflect not who you are, but what you feel at that time. On that level, calling someone a “kike” or a “nigger” or a “faggot” is not necessarily different from calling someone a “motherfucker,” or calling someone who’s fat “fatass,” or someone who’s short “little.”  You’re mad, and you vent. One assumes that you don’t necessarily think the person is involved in a sexual relationship with their mother, nor does it automatically mean that you normally attribute any great negative characteristics to being fat or short or black or Jewish or gay. Most people grow up with some kind of bias. Most men will engage in some homophobic banter as a kid, most whites will have engaged in some negative views towards blacks, and vice-versa. And when you’re mad, that might come out, but that doesn’t mean you’d act on those feelings when you’re in your right mind. We should, as Oldman points out, be honest about who we are, and be a bit more forgiving.

Gibson, however, didn’t rant at a Jew (at least not intentionally). He ranted about the Jews, which by itself is a little different, and taken with everything mentioned above, a bit more problematic.

But here’s where Oldman gets it right–Gibson ranted about the Jews and wants to work in an industry dominated by Jews (note the lack of a definite article).  So if his career took a dive after that, so what? Mel Gibson made his bed, so any pillows he ends up biting are the ones he put there himself.