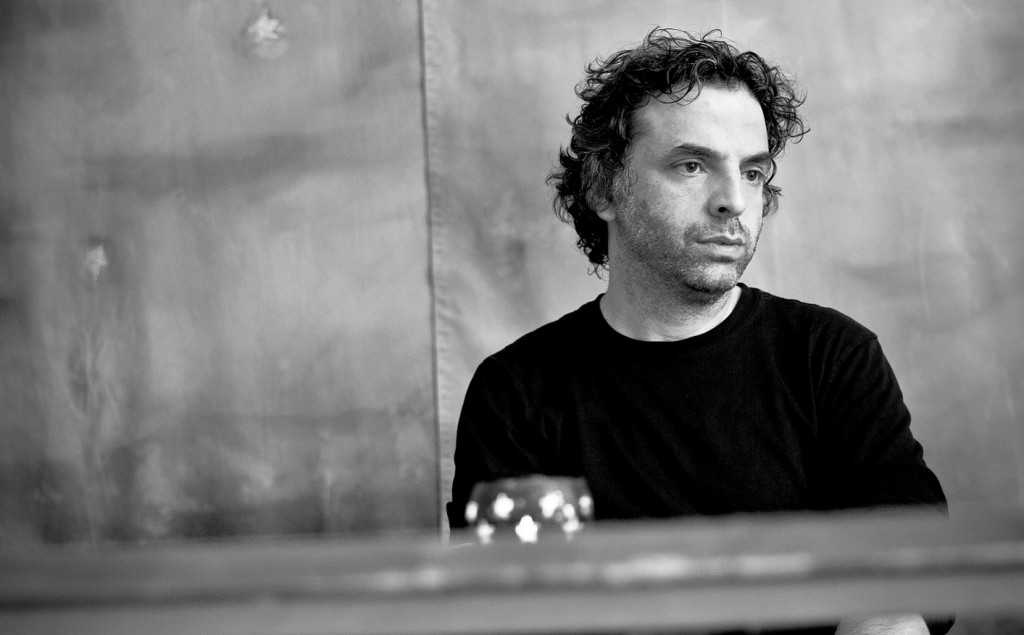 Along with microchips and falafel bars, Etgar Keret’s prose is one of Israel’s most widely exported creative products. Born in 1967, Keret has developed a literary voice that is unadorned, everyday and quirky, with voluminous pop culture references and an entire occupying army of recently dumped loser boyfriends—a big departure from what came before him in Israeli literature. Missing Kissinger in 1994 and The Story of the Bus Driver Who Wanted to be God, ten years later, propelled and cemented Keret’s reputation.

I recently spoke with the author over the phone in anticipation of the publication of his most recent short story collection, Suddenly, a Knock on the Door. I called Keret up on his cell phone, and he politely asked if I could try back on a landline after waiting five minutes. When I finally got him back on the phone half an hour later, he apologized:

“My son just kicked his grandmother, so I had to show some parental authority.”

I ask if the grandmother is alright.

“Yeah, my mother is OK, it’s just that I got into a philosophical argument with my son where he said all people are equal, and so everybody should be allowed to kick everybody. I counterattacked with the logic that without his grandmother’s existence he wouldn’t exist, but it doesn’t go vice versa. Therefore, we’re not all equal.”

I suggest that letting his mother kick back might have worked a little quicker.

“No,” he answers me, quite seriously. “Actually, my mother, if she would have kicked him, she would have thrown him a very long way. She kicks very hard, my mom…”

Then we got to the interview…

Your new collection, Suddenly, a Knock on the Door, is coming out in English translation soon. Is there a point at which, when you’ve written a bunch of stories, you say, “OK, now I have a new collection?” Is there something that unifies your stories?

For me, basically what I do all my life, I write stories. I don’t write story collections, I just write stories. I think in each of my books there’s always one story where when I read it and say, OK, I’m working on a collection now. I’m not finished, I need to write a few more stories, but there’s something about that story that it makes me realize the other stories have something in common. In Suddenly, a Knock on the Door it was the title story that made me realize that the theme of why we write and what is the function of writing in my life, is at the center of it.

Do you read the translations of your work? Do you check them?

English is the only language beside Hebrew that I can understand so I’m much more involved in my translations into English than with others. Often, you know, I speak with my translators and I try to stress some points that were obvious for me when I wrote the story but which really can’t be accessed by translators unless I tell them about it. I’ll give you an example: when you work with extremely short fiction, I think it’s more difficult than translating, let’s say, novels. It’s actually closer to translating poetry. And many times, if it’s a linguistic story it can rely a lot on a double meaning of a word. And if it doesn’t work in another language it’s not something that you can just ignore and keep on going. It takes a lot of effort and sometimes it’s a question of, if you can’t keep two things—if you can’t keep both the meter and the meaning, which one is more important. That’s something that as a writer – it’s very helpful for the translator if you can show them your intuition. You know, what was the important thing when I wrote this paragraph?

Are there stories you wrote that just didn’t work in translation? Or where you’ve just said, “Look, this is impossible.”

There were a couple of stories that had a very strong, specific cultural association that I thought wouldn’t work in English. There is a story where the protagonist is the son of a famous Hebrew action character, Dani Din—the Israeli equivalent of Superman—and I thought that non-Israelis wouldn’t understand the connotation. The Israeli hero is called Dani Din and his superpower is he is invisible. I wrote a story about his son all the time trying to be like his father, but he could never imitate him because he doesn’t know what his father’s doing or what he looks like – because he can’t be seen. It had a lot to do with the feeling of the younger generation toward the one that came after the Zionist generation, basically that there’s something a little bit obscure and not completely pure about the Zionist ethos. Almost as if we grew up with a role model who was invisible but really powerful. I think it’s very powerful for the Israeli reader, but if you read this story with no associations, it wouldn’t work for you.

You talk about being a second-generation writer. In your movie, Jellyfish, one of the characters says, “Oh, you’re second-generation [Israeli]?” and the protagonist answers, “We’re all the second generation of something.” I think about how different you are from the generation above you—from Amos Oz, Yoram Kaniuk, A. B. Yehoshua—and one thing that jumps out is how they couldn’t escape the Zionist narrative, and all the writing about Jews and Arabs. You don’t do that, really. As you said in an interview once, you write about other issues that are ignored, largely because the focus is always on politics.

For sure. When I started writing I took criticism from writers like A. B. Yehoshua. But the thing is, it’s not that I don’t see myself as a political writer or a political entity, but with me there’s a sense that the hierarchy is the other way around. The political reality is, let’s say, indirectly responsible for our human condition. In Israel, if there’s one thing you can say about the political discourse, it’s that, when you say, “Ok, now I’m being political,” it means you have to say X, Y, and Z. For me, political discourse isn’t necessarily this way. As a writer my primary objective is to show some sort of ambiguity in life, and this ambiguity also exists in the political realm. It doesn’t mean that I don’t know right from wrong, I just don’t think that the stronger power is the one that tells people how to do things. Of course, if pragmatism was my strongest side I wouldn’t have become a writer. It’s definitely not very pragmatic sitting in a separate room and making up stuff that never happened. If I would have been a pragmatic person I would be prime minister by now. Anyway, I feel sometimes that I live in a society where you can choose your alliances. It’s a little bit like a tribal society: you live in this tribe or in that tribe… I want to make a more Socratic tribe.

So, for example, I wouldn’t write a story against raping women. I don’t think people read a story for that. But I could write a story that would show a person that basically we’re all potentially rapists and we should be aware of it. That’s exactly the kind of discourse that I want to have with my readers. It’s not a discourse that comes from a point of authority. I don’t go to my readers and say “I know what’s right and you should do it,” I speak to my reader and say, “You know, I have a problem and I want to share with you my problem because maybe you have it too. And even if you don’t have it maybe you have some empathy for my problem and maybe you’ll learn something from it.”

Has working in film changed your writing at all?

Well, there is a big difference between writing a story and writing a screenplay because, first of all, all the screenplays I’ve written in my life, I’ve written with another person. But more than that, when you’re writing a screenplay you’re not making a work of art, you’re just kind of making a recipe that if somebody will follow it, he will create a work of art. You have to be aware and conscious and able to explain, because there will be a guy who asks you what’s going on—the director, an actor—and you have to be able to explain to him. When you write a story you don’t need to do that, and I never do that.

There’s something about this cold-blooded aspect that’s always a part of screenplay writing; for me it doesn’t exist in fiction writing, where it’s uncontrolled. So I learned a lot of stuff from filmmaking that I think is relevant for my stories.

Your stories are often read aloud on the radio program This American Life. Do you like hearing your own stories being read, performed?

You’re always curious about the reader: Does he get your story or doesn’t he? It’s something that as a writer you don’t get answers to that much because, with film you can go to the screening and see if people are laughing or crying or if they’re scared, but when you write a book you don’t get to see people reading it. So when you get to hear other people doing a reading of it, it’s an amazing experience.

Suddenly, a Knock on the Door will be published in March by Farrar, Straus and Giroux. Translators are Nathan Englander, Miriam Schlesinger, and Sondra Silverston.