Disney’s Next Princess – When’s Our Turn? 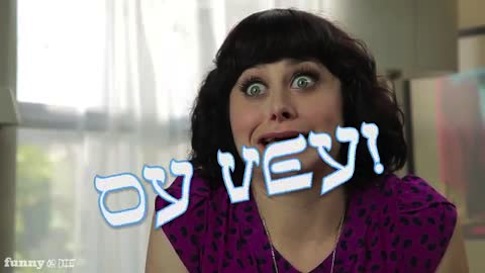 After nearly a century of animated princesses, Disney can rightfully claim they’ve covered a lot of ground in terms of ethnic diversity. From well-known heroines like Mulan and Jasmine, to Tiana – star of the criminally overlooked The Princess and the Frog – Disney has done an admirable job of eschewing anglo-centrism in its royal line up. And now, with the addition of Princess Sofia from the upcoming Sofia the First: Once Upon A Princess, Disney can add “Latina” to its list of featured ethnicities.

Yet, we can’t help but notice a conspicuous absence in Disney’s roster. Arguably, if any ethnicity has been linked – for better or worse –

with the term “Princess”, it’s the Jews. Despite our alleged monopoly over Hollywood, there has yet to be a feature length animated film featuring a Jewish Princess. Surrounded in a sea of little mermaids and sleeping beauties, we turn our cries to the heavens and ask “When Lord? When will we have our turn to be disappointed with our own animated stereotype?” Given the recent backlash over Princess Sofia and whether she is insufficiently Latina, we long for the opportunity to question if our own Princess’ nose is too big, or whether her hair is dark enough. But until that moment of divine intervention, we are forced to take matters into our own hands.

Here are a few suggestions to the fine folks at Disney, should they do the right thing and feature a Jewish princess in their next film.

If we’ve learned anything from the growing “controversy” (really, this is what counts as a controversy now?) over whether Princess Sofia is, or is not, sufficiently Latina, it’s this: Disney can’t afford to leave the ethnicity of their next princess to chance – There’s no half-way here.  If Disney is going to feature a Jewish Princess, “Princess Rivka Cohen, from the magical kingdom of 96th and Amsterdam” is a good start.

We recommend a variation on Hans Christian Andersen’s classic “The Princess and the Pea.” Picture it: Forced to prove her bona-fides, Rivka spends her nights unable to sleep, tormented by every microscopic imperfection in her deluxe Sealy Tempurpedic mattresses. Each morning at brunch, our Princess revels in narrating her discomfort in excruciating detail to anyone within earshot. Ultimately our heroine will find true love with the dashingly handsome Barry Applebaum, Chiropractor.

Ariel had that seagull. Belle had a talking clock and candelabra . Why shouldn’t our Jewish princess have her own wise-cracking sidekick?  We recommend a Fairy God-Bubbie who magically pops up at opportune times to give advice and pass out butterscotch candy.

Here’s where that Disney magic comes in: Princess Rivka? Turns out she’s blond haired, blue eyed, and loves the outdoors. In fact, she’s adopted. In fact, only one of her adoptive parents is Jewish, and the whole family is really more “spiritual” than “religious”. Actually, the family changed their name from “Cohen” to “Kane” years ago, and Rivka tells all her friends to call her “River”. I mean, it’s not like a brown-eyed, curly haired, Princess Rivka Cohen doll is going to be flying off the shelves in Kansas, is it?

You know what? Fuck it, she’s Presbyterian.

Anyways, Disney – There’s your next smash-hit. Have your people call our people, and we’ll see you in the Magic Kingdom. We’ll be the ones with the butterscotch candy.