Close Your Eyes And Think Of… 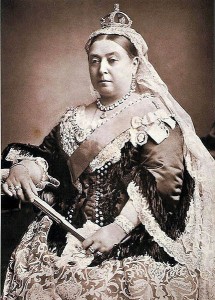 For those not in the know, before her wedding night, young Queen Victoria was allegedly given the instructions to “close your eyes and think of England.” Lesson? Sometimes, you just have to accept the inevitable.

It’s a lesson that Israel’s leaders should pay attention to. In the lead-up to this week’s dog and pony show at the UN, they should have been accepting that its passage was inevitable, and rather than pretending it wasn’t going to happen, or insisting it was irrelevant, they should have been working to make the most out of it. Of course it’s not too late, so Jewdar, as always, has some useful tips.

1. Take the High Road: When the new Palestinian state is to be Judenrein, the Israeli gov’t should have been–and now should be–making a giant point that voting for the Palestinian State will mean voting for a state that bans Jews (by the same token, Israel should have attended Durban, and taken the opportunity to discuss the various Arab states where Jews are banned). The bill still would pass, no doubt, but at least Israel would have some long-lasting points scored. And once the bill’s passage becomes inevitable, Israel should:

2. Vote for it: Kudos to Jewdar’s friend Yehuda for suggesting this; what a brilliant counterintuitive move that would be. Israel would be able to present itself as a defender of Palestinian liberty (they could still argue, however, that before the Security Council votes, they need some guarantees, including the right of Jews to live in the new state, which would still allow the US to veto).  More importantly, however, it would confuse the hell out of the Arab League and its fellow travelers. Once Israel voted “Yes,” all those country’s delegates would be scrambling to find out how they should vote.  Who knows, Israel’s “yes” vote alone might be enough to kill the proposal. And since countries vote by alphabetical order, we’d be treated to the words “The Iranian Delegate would like to change his vote to “no.”

In the worst case scenario, Israel should take a page from the entertainment world. As last night’s Emmy Awards showed everyone, injustices occur (Modern Family, Best Comedy Series? It’s not even the Best Comedy Series on ABC on Wednesday). Israel should remember that even though they can’t control the outcome of the vote, they can still look great on the red carpet, damn their rivals with faint praise, and throw a hell of an afterparty.