Can We All Shut Up About The Jew At Hogwarts For A Sec? 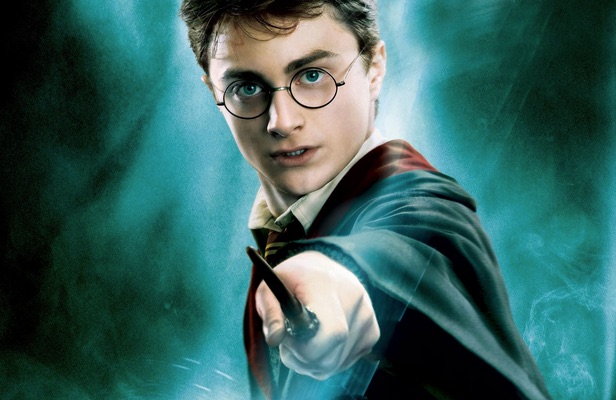 I really didn’t want to have to care about the recent “revelation” by author JK Rowling that one of the students at her Hogwarts School of Witchcraft and Wizardry was, in fact Jewish. Unfortunately, enough people wrote me about it that I figured I should offer a few brief thoughts on the matter, if only to put this whole ridiculous semitic chest-beating episode to rest.

Just so we’re all on the same page, here’s what happened: On Tuesday, Rowling took to twitter to promote her planned pre-Christmas release of twelve new short stories set in the Harry Potter universe, and to answer some of her 3.9 million followers’ questions. Then this happened:

Okay. And that should have been the end of it.

Instead, a nice little over-and-done observation suddenly because “A Story.”

Instantly my Facebook and twitter feeds were clogged with headlines ranging from the weirdly proclamatory (“JK Rowling Announces That There Was At Least Once Jewish Student At Hogwarts,“) to the obnoxiously triumphant (“JK Rowling’s Hanukkah Gift To The Jews.“) Judging from the internet’s immediate reaction, you’d be forgiven for thinking Rowling had relocated Hogwarts south of Houston St., and replaced the house elves with of tiny Jon Lovitz-es.

Now, I should mentioned that I’m a fan of both the Harry Potter series, and Jews. But let’s remember who we’re talking about here: An extraordinarily minor fictional character (really, just a name. I defy you to give me one distinguishing attribute for the good wizard Goldstein beyond “Jewish”) from the middle section of a seven-volume series that came out over a decade ago. This is like saying the ensign in the 9th episode of the 3rd season of Star Trek is a yid. Or Tolkien’s 27th Hobbit on the left. Or the family of Ewoks in that tree over there. What’s more, Rowling didn’t “announce” anything – she answered a direct question from a fan by confirming that someone named “Goldstein” is, in fact, Jewish (And would you believe that the Patil twins are, incredibly enough, Indian? And that Cho Chang is, amazingly, Asian?)

Nice, but so what?

And yet, people seemed dead set on turning this into something much larger: A full fledged victory for the Jewish people, and the fulfillment of the promise made to us from god on high in the book of Genesis… or something.

I have nothing against a little Jewish triumphalism (this is, after all, Heeb Magazine) but when the situation calls for it. And this, folks, is about as newsworthy as a Dementor’s fart. Does knowing Goldstein is Jewish somehow change your reading of the Harry Potter books. Does knowing Goldstein exists change your reading of the Harry Potter books? Certainly the inclination to celebrate exceptional Jews is understandable, but are we so desperate for instances of Jewish exceptionalism that we sincerely trumpet the trivially fictional? Tribal claims for the sake of tribal claims can only take you so far. At a certain point, you’ve gotta save the accolades for when they actually matter. Neither Goldstein, nor his Jewishness, are particularly important to the plot of Harry Potter, or the other characters in it. So why should they be for us?