So. 5775 was not my best year. Maybe not as bad as my teen years, but definitely the worst twelve-month period since I was twenty-seven and thought extricating myself from an abusive relationship and quitting anti-depressants simultaneously was a good idea. (It’s not even that great of an idea for a screenplay, apparently.) I’m not going to whine; we’re here to talk about books. Just please be aware that surgery and chemotherapy impacted my reading life recently. While I spent plenty of time lying around in bed, it wasn’t quality time. On a good day I could read advice columns and feel crappy (crappier) about not keeping up my own. On a bad day trying to focus my eyes would set the room spinning. And through all of this, because fate has a way of piling it on, a strange preponderance of tomes came my way with seductive jacket copy that over-promised and seriously under-delivered. They’re partly to blame for the shorter-than-usual length of this list and its likely omission of worthy contenders, I suppose. But 110% of the fault lies with my body trying to kill me (don’t worry, it’s been duly punished and aggressively discouraged from ever trying again). 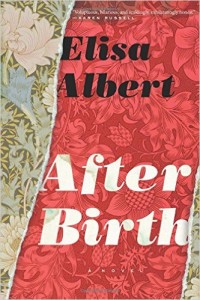 Since I reviewed this back in March when I was (necessarily) taking painkillers, I won’t attempt to improve on what I already said:

“A novel about postpartum depression dressed as a rant against modern motherhood, or maybe vice versa, it walks the line between railing and wailing so deftly that I want to burn every sentence I’ve ever strung together. Protagonist Ari rebuilds her self-esteem by befriending a woman she admires while my authorial self-esteem withers word by word…. It’s a page-turner without requiring close attention to a plot (a compliment of the highest order).”

Lest you call me lazy, I’ll add that Albert’s exploration of female friendship is not strictly for women with kids, and that she nails the vibe of a smallish college town without resorting to satire. Who knew that was even possible? 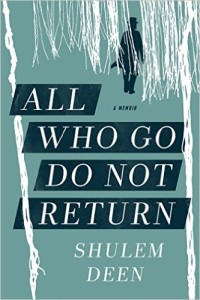 All Who Go Do Not Return by Shulem Deen

I am in awe of Deen’s memoir of breaking away from the Skverer Hasidic community, and not because it took me a full summer month to eke out fifteen-hundred words about my own loss of faith (for this anthology). I can blame chemo-brain for that—yet I also recognize that were I to attempt to write a book about growing up Orthodox, the first twenty drafts would be angry rants. Whereas Deen opens the curtains on an insular society with nary a vitriolic tangential paragraph for leaders who betrayed him unimaginably. The facts speak for themselves, of course—there’s no question who the villains are. Deen is a gifted storyteller, though (perhaps due to his Hasidic heritage), which frees him to frame the narrative around his intellectual awakening rather than relying on finger-pointing to win readers’ sympathy. My personal favorite scene involves his friend defending Judaism on the grounds that our origin myth has us all receiving the Torah at Sinai, as opposed to other religions whose founding miracles were witnessed by only a few. Deen wants desperately to buy into this theory, to cling to his family and disintegrating worldview. The price he pays for his inability to do so is staggering. 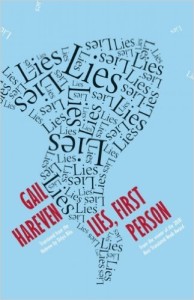 From the Israeli author of The Confessions of Noa Weber and one of the best New Yorker short stories ever comes a protagonist both obsessed and unreliable, and she’s not even the most intriguing character in the book. That award goes to the creepy self-absorbed uncle who abuses and molests the narrator’s developmentally-challenged sister under the guise of inhabiting evil in order to write Hitler’s “auto-biography”. If that sounds bad, wait until you hear the pedophile’s years-later mansplain of an apology. Though structurally a teeny bit hyper-hyper-aware, Lies, First Person poses daring questions about sanity, revenge and forgiveness—and suggests some unsettling answers that have a distinctive Middle-Eastern, battle-weary flavor. Lies is only the second of Hareven’s eleven novels to be translated into English, for some reason. 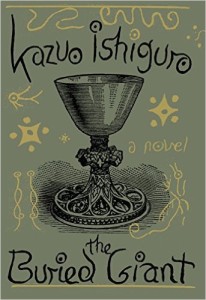 The Buried Giant by Kazuo Ishiguro

Ishiguro isn’t Jewish and neither are any of the characters in his newest masterpiece. I’m Jewish enough for both of us, though—Judith in Hebrew means Jewess, for Chrissake—and I not only loved this book, I love loopholes (super-Jew that I am) and hereby declare this novel an important addition to Jewish literature because it takes place during tribal times in Britain, and tribal is practically the definition of Jews.

Britons and Saxons, Sir Gawain, a dragon, a mysterious, memory-robbing fog—since The Buried Giant has been widely reviewed, I’ll skip the synopsis and move along to my issue with some of those reviews, specifically the dullards complaining about slow pacing and flat dialogue. People, Ishiguro is a genius, not your mother hiding your peas in mac-and-cheese so they go down easier. Part of his immense brilliance lies in language that melts in your brain and doesn’t detract from the story at all, and if you can’t appreciate that, I feel sorry for you. But maybe try this: when Ishiguro describes a hilly, windy terrain or elaborates on the blueprint of a tower, pretend the imagery is being conjured by your unconscious in a dream. If that doesn’t help and I should someday meet you in person, I have no idea what we’re going to talk about after hello. The weather, I guess. 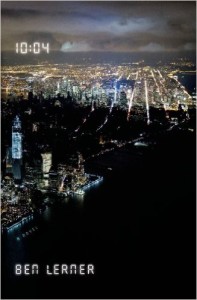 As much as it pains me to praise a novel that opens with the narrator meeting with his agent about turning a short story published in the New Yorker (for real) into the very book you’ve just begun to read, Lerner does meta with such exquisite precision and deceptive simplicity, I not only want to read 10:04 a second time, I’m thinking of pulling Kundera’s The Unbearable Lightness of Being down from my shelves for dessert. 10:04 is not the meta of a twenty-something fresh out of a writing program, basking in praise and bursting with cleverness; Lerner is a poet (also for real) who tackles mortality, fertility, sex, art, Walt Whitman, Back to the Future, the Challenger tragedy and Brooklyn food co-ops with crisp, urgent scenes and zero extraneous exposition. You know how certain ingestible substances enable one to totally grasp how the past, present and future are overlapping constructs and therefore maybe reality itself isn’t real (to say nothing of reality TV)? 10:04 conveys this without requiring readers to get goofy and lost in their heads. 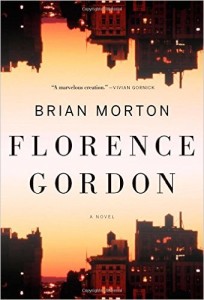 Books Whose Interestingness I Can’t Yet Personally Confirm

Second Avenue Caper: When Goodfellas, Divas, and Dealers Plotted Against the Plague by Joyce Brabner

This is Not a Love Story by Judy Brown

The Making of Zombie Wars by Aleksandar Hemon

The Seven Good Years: A Memoir by Etgar Keret

After Abel and Other Stories by Michal Lemberger

The Mathematician’s Shiva by Stuart Rojstaczer

The Doctor is In: Dr Ruth on Love, Life and Joie de Vivre by Dr. Ruth K. Westheimer with Pierre A. Lehu