Last Tuesday I received a barrage of emails from two readers,  each cc-ing the other. Here’s the condensed version:

I love my fiancé very much, but he has one very bad habit: he likes racist and sexist humor. Mostly he reserves it for his inner circle, but sometimes he forgets where he is and says the wrong thing to people he hardly knows. He’s just trying to be funny, which of course it’s not, but I don’t want to be a nag so I’m trying to get his best friend/best man to confront him about it.  The friend claims he’s “not the intervention type”–how might I persuade him that an intervention in this situation is the decent thing to do?

What does it even mean that he’ll “respond better” if he hears it from a guy instead of her? There’s nothing new here. I’ve known her fiancé since middle school and I accept him the way he is. If this is just his one bad habit, shouldn’t she accept that nobody’s perfect instead of wasting her energy trying to change him? 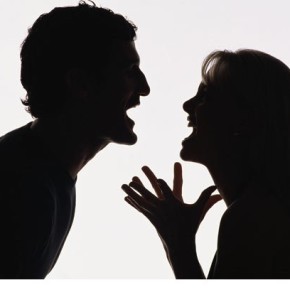 First of all, this isn’t his only bad habit, it’s just the one I think needs to be corrected for his own sake and the sake of our future together. Second of all, I’m not trying to change *him*.  I want him to change his approach to attracting attention.

Dear Judith…. And so on.

OK, guys, calm down. You’ve come to the right advice column: having grown up in an environment where women were second class and the word schwartze didn’t raise an eyebrow, I have experience with sexism and bigotry, though in this limited space I’ll have to distill it. Generalized, unexamined condescenscion stems from deep, often untouchable insecurity. (And it leads to imposing one’s narrow, despicable views on people in the wake of senseless tragedy, but I’ll get to that.) Basically, when your bridegroom/buddy feels threatened–when a lull in attention rattles his ego-shield–his “humor” reminds everybody he’s white and carries a penis.

Best Man: what do you gain from your friendship with this dude? Vicarious obnoxiousness? Pride that you’re not the butt of his jokes?  Either grow a pair and talk to him, or laugh out loud and live with yourself. (Why so quiet all of a sudden?)

Fiancée: A decade from now you’re at the dinner table, eating food you woke up early to prep then rushed home from work to cook (while simultaneously cracking the homework whip on your children), sitting across from a crank who pays lip service to gender equality and shared household responsibility–but in reality has deeply-ingrained, outdated beliefs about a woman’s role, short only of thinking they shouldn’t earn paychecks. Plus he hates the parents of your kids’ friends because they’re gay or Asian; you’re on your own socially, too.

In other words, you can separate the bullshit from the need for attention (perhaps), but they’ll both still be there. Mentally well-adjusted individuals recognize prejudice–we all harbor some–for the defense mechanism it is. Which reminds me:

When horrors happen that challenge our interface with the world, instead of wrapping your same old crap around the challenge every time, you scumbag pundits (links omitted) who think a classroom of children were murdered because they didn’t pray in school; who imagine God failed to protect babies because He’s too gentlemanly to go where He isn’t invited–the dumbest anthropomorphism of a higher power in history–how about wrapping the challenge around your blame-throwing crap?

Afraid of the questions that don’t have answers? Cowering from the behemoths–an unknowable god, perhaps a godless universe–lurking behind them?

I’m not suggesting your bro/intended is totally vile, Fiancée and Best Man, or that one person’s tasteless humor can’t be another’s worthwhile acknowledgment that bias exists. Just that Mr. Funny ought to peek behind the curtain and see what’s up. You, too, Best Man. And Fiancée, you and Best Man bicker like a long-term couple–I daresay you go for a type.

P.S. If you read Heeb for free [Editor’s note: That’s all of you], please consider donating a kindness to the world today, even if we’ll never make up for the evil.