Spotted: Adolf F-ing Hitler On The Streets Of Berlin

Sorry Karl Marx, but if there are any specters are haunting Europe these days, they’re not communists, they’re Nazis.

I’m not talking about the resurgence of far-right nationalist parties in European politics. I mean this walking, talking, heil-ing Hitler, who’s been spooking the hell out of residents of Berlin. In fairness, though, this Hitler is neither poltergeist, nor the product of the boys from Brazil. He’s actor Oliver Masucci, and he’s not so much “haunting” as he is “promoting a fucking movie.” As part of a guerrilla-marketing stunt for the upcoming film adaptation of Timur Vermes’ bestselling Hitler-van-Winkle novel “Er Ist Wieder Da” (“He’s Here Again”), Masucci has been popping up in full Adolf attire in a number of public places, to the bewildered ire of many Berliners. 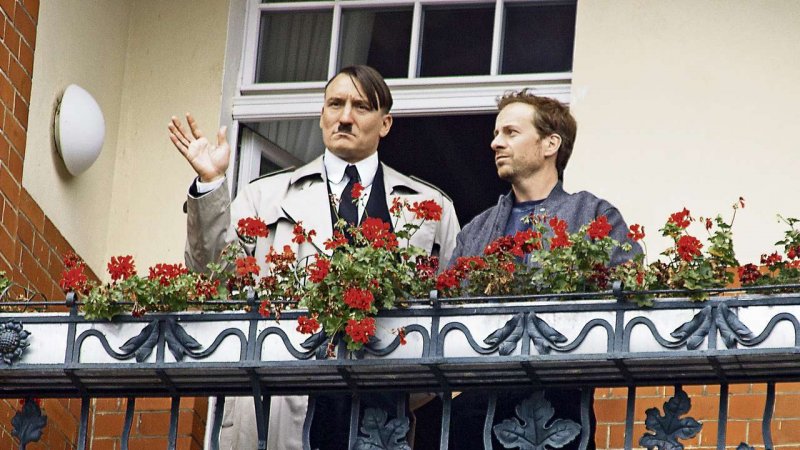 According to Germany’s Bild newspaper, “Hitler” has been seen given directions at gas stations, painting passers-by on streetcorners, and even appearing at a rally for the ultra-far-right National Democratic Party, where he admonished the burgeoning fascists for being “wimps.”

While Masucci, and Er Ist Wieder Da filmmaker David Wnendt deserve credit for the sheer ballsiness of their marketing plan, it’s worth pointing out that using Hitler as a PR stunt is, in fact, nothing new. As Hitler expert Daniel Erk explained to Heeb‘s Fabian Wolff in 2013, the Nazi leader has long been part of German popular (as opposed to historical/political) culture, dating as far back as the early 1970’s, when German satire magazine Pardon sent an actor dressed as der fuhrer to the Frankfurt Book Fair.

It remains to be seen whether foisting a Hitler look-alike on unsuspecting Germans will actually translate into ticket sales for the upcoming film. 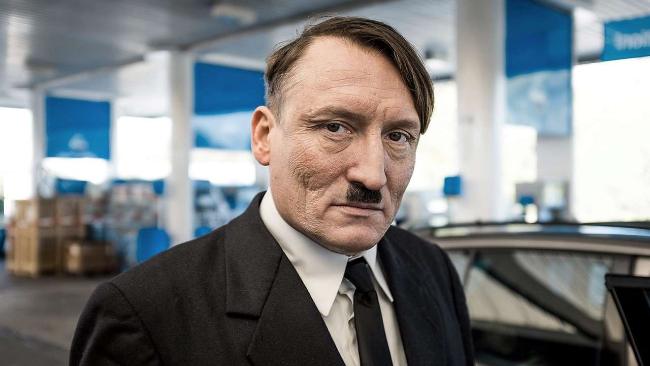