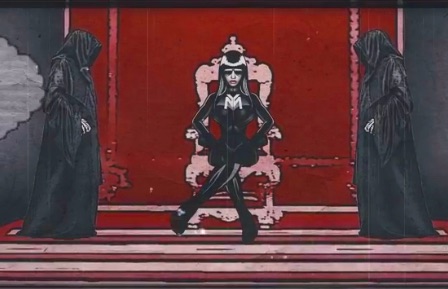 One of the more unfortunate side effects stemming from the news that Louisiana congressman Steve Scalise spoke at a white supremacist rally in 2002 is the fact that, suddenly, David Duke has slimed his way back into the headlines. On a recent episode of his radio show, Duke – himself a former LA state representative, and KKK Wizard – took time out from discussing the revelations that GOP congressional whip Scalise spoke at the Duke-founded European-American Unity and Rights Organization (“EURO”) rally  (Spoiler: He likes the Scalise a lot but wouldn’t vote for him again — too beholden to the Jews) to throw shade at none other than…Nicki Minaj?

Yes, it seems that Duke is not a fan. Why? As Duke explained:

“Minaj wouldn’t be a pimple on somebody’s rear end except for the fact that she is promoted by the Jewish record producers and the media, the mass media, the powerful media, that promotes absolute degenerates like her”

As you may recall, Nicki was slammed with accusations of antisemitism, following the release of “Only” video a few months back – And while the accusations were, ultimately, pretty ridiculous, Minaj did herself no favors by she dismissing them with a relatively weak “my boyfriend is Jewish” excuse.

But now, by claiming that Ms. Minaj is the puppet of some shadowy cabal of Jewish overlords, Duke has actually given the the “Super Bass” singer a super-good out; After all, who could reasonably argue Nicki harbors third-reich tendencies once she’s been accused of being a Jewish shill by an actual Nazi?