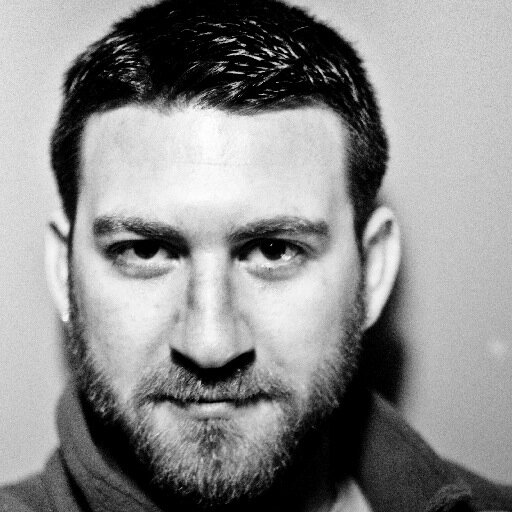 Noah Gardenswartz is a NYC-based comedian whose latest project, a short travel documentary Diaspora Diaries both went viral and literally gave him virus. Noah went to to India to explore the Jewish community on behalf of global humanitarian organization JDC Entwine. There he created a pithy pungent travelogue complete with humor, honesty, and food poisoning. We sat down with Noah to ask about Diaspora Diaries, his “Global Jewish Comedy Tour,”  his history in the industry, and how he deals with performing for such a wide range of audiences.

Where are you from and how did you get into comedy?

I was born and raised in Denver, then moved to Atlanta when I was eighteen to attend Emory University. I got into stand-up my senior year, doing open mics around town. I was a sociology major, had like no job prospects, was into creative writing so I figured I’d give stand-up a try. But when I started, I was doing it so other comedians would notice and hire me to write. Which shows how delusional I was, I thinking Atlanta open mics would get me comedy writing gigs! I hated performing, but the more I did it, the more I enjoyed performing my own material.

What are some of your best, worst, and weirdest day job experiences you had before you went into stand-up full time?

I don’t have a best or worst, I’ve just done lots of different things. After college, while  doing stand-up, I wrote for Creative Loafing, kinda the Village Voice of Atlanta. I did comedy coverage, but it was tiresome, trying to do comedy at night and writing about comedy all day.  I was day trader for a hedge fund, I taught fourth grade for Teach for America in the hood of South Atlanta. I guess the teaching was the best and the worst, because I don’t love kids — not a characteristic ideal for being a teacher, so it was hard but also incredibly rewarding.

Tell me about Diaspora Diaries. How did it happen?

I started developing a whole Jewish act and pitched the Federations and Hillels. That was a no-go because I was unknown and “too edgy.” I didn’t do lame, schticky stuff, about grandparents in Florida, and how nervous and nerdy Jews are. I grew up in a kosher home and went to Jewish day school. So contrary to some opinions its possible to be cool and knowledgeable about Judaism. JDC was the first organization that was willing to take a chance on me. I approached them and was like, “Let’s give it a try. Let’s entertain and educate. I’ve got this material that can help your organization get the word out.”

So we did a three-city test run, New York, DC, and Boston where I preformed my thirty minute Jewish set. It was well received, so they sent me to the West Coast too, and I kept on traveling abroad with JDC.  I went to Latvia and Cuba and Spain with them, and all the while gathered more material, what I found amusing about various Jewish communities we visited. I got so into it that I wound up on Entwine’s Steering Committee, a fun honor.  And at the end of 2012, at the big JDC Board meeting when the heavy-hitting donors come in to see what their dollars are going towards, I pitched an idea, which was basically, “I’ve gone on all these trips and I come back and tell jokes. But why not show, and not just tell about the people, the communities?” My idea was a travel series where I would go and make a funny but informative documentary about Jewish communities that people don’t know exist, let alone know much about. So they sent me to Mumbai last August and we were there for eight days. We filmed and the result is this mini-documentary. Hopefully Diaspora Diaries will be a continuing series where they send me to more countries.

Are there jokes you’ve told that resonate in all communities?

I don’t know if the Russian or Turkish Jews would understand or appreciate my jokes about each others’ communities, but in America, all the jokes about Jewish communities across the world have gone well. I see in the crowd  “ah-ha!” moments where people realize, “Oh shit, there are Jews in places besides America and Israel, and they like to nosh too!”

Did you have any serious culture clash moments in your travels?

Because I traveled with JDC,  culturally sensitive professionals, we understood we’re a guest in their home,  in their country.  I tried to keep my eyes and ears open and my mouth closed, until I knew what I was getting myself into. 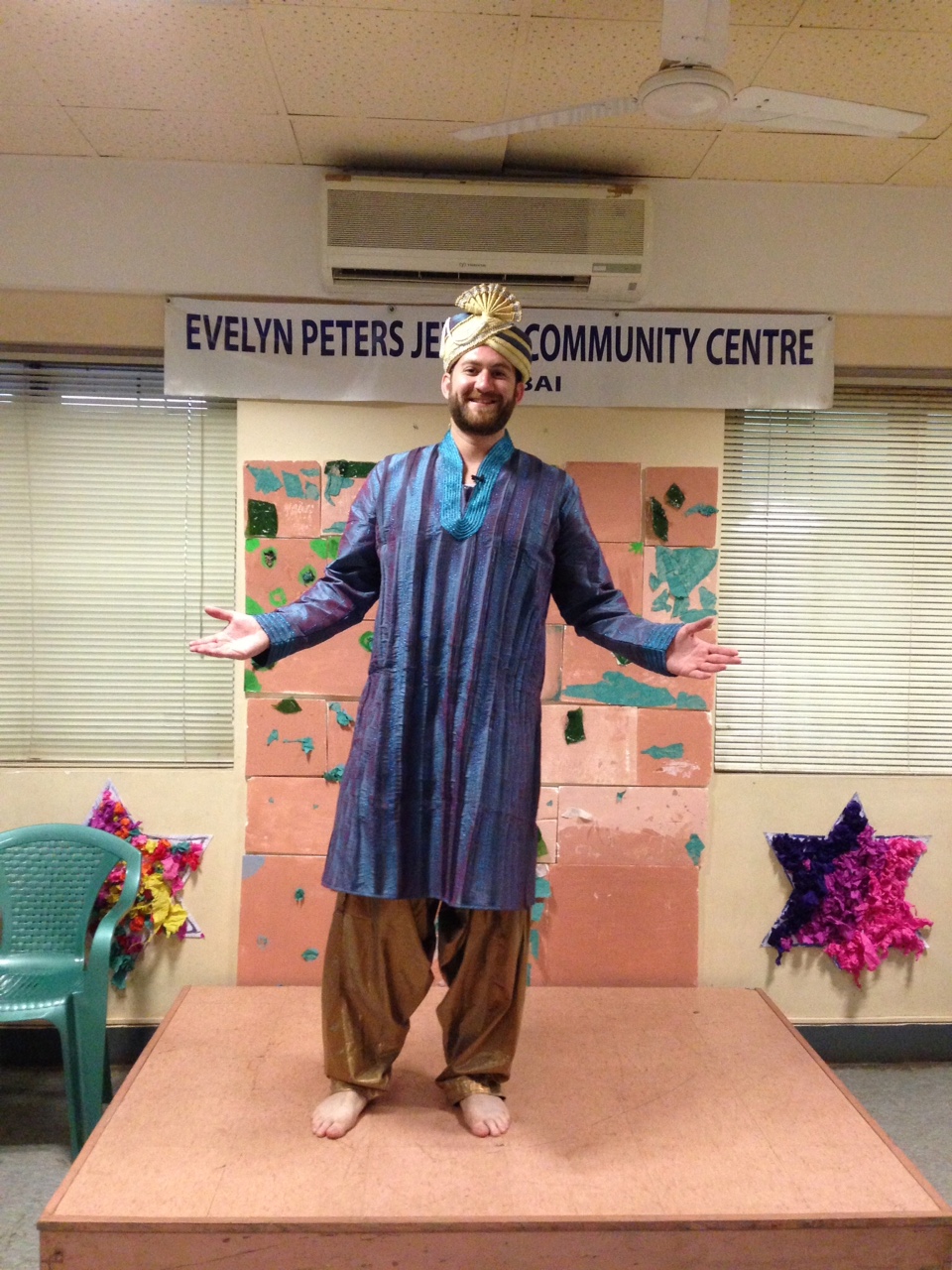 Tell us about your worst food poisoning experience while traveling…

The worst was in India, which I got from an egg masala omelet sandwich that I ate at four in the morning at the airport. Which, honestly, I should have known better. The only person with me the whole time aside from the camera man, was a woman who’d previously volunteered in India, so she was like meticulous about not letting me eat anything dodgy. It got really frustrating, because I’d try to eat things that looked awesome and she would not let me. And then I understood why after I was threw up for two days. Because she had been there and she knew what I could and couldn’t eat.

No, I think it was because it was India. I’m a road comic; I’ve eaten tuna fish sandwiches from a gas station in the middle of Tennessee, and been fine. My intestines are pretty strong. I’ve put them through a lot of shit.

Another thing that makes you unique as a Jew; you actually have strong intestines!

Yeah! But I actually think it was because there was lettuce and tomato on the sandwich, and it’s the vegetables and fruit that you have to watch out for in India. Because they wash them in the river where people take a shit.

So I never got sick in any of the other places, but I did have some meals  in Turkey and in Moscow that I had no interest in eating, that you had to eat, and pretend to love. A lot of gefilte fish variations  I wasn’t too excited about.

What are some of your comedy influences and favorite comedians?

My three favorite comedians would be Chris Rock, Dave Chappelle, and Mitch Hedburg. And I don’t necessarily think my comedy mirrors any of those, they were just the ones I  gravitated towards when I falling in love with stand-up. George Carlin and Seinfeld were obviously big influences as well. So, I suppose those would be the five.

But comedy’s in a real golden era right now. I could go on for days, and literally list two or three dozen comedians that I love, all for different reasons.

What about comedians that you know, that are friends of yours, that you perform alongside?

That’s what is so exciting about where we are now. I nightly get to perform and share ideas with people that I genuinely admire. Guys like Hannibal, Joe List, and Ted Alexandro. I think Michelle Wolf is absolutely brilliant as a writer and performer.

Talk to us a little bit about your show, Comedy Freaknik.

That’s a monthly stand-up show. And a co-host is another comedian you can put on the favorites list,  Andy Sanford. I moved up here from Atlanta, and my friend Andy moved up here a year before me. And our third co-host, Steve, is from the South.  Freaknik was a huge annual event in Atlanta every year,  a massive African-American Spring Break party. It was a cultural phenomenon, and a week long outdoor party. So we wanted to host a show together and named it after our legendary hometown throwdown. So we just try to bring the kind of party feel, and we play Southern hip-hop in between acts, and do a dance party after the show.

You perform for a wide range of audiences. How do you prep for each? Is there a difference in material?

There’s never any jokes I know for sure I won’t tell, it’s just a matter of there are certain jokes I know I will tell. There are certain jokes that over time have tested well with Jewish crowds, others with Black crowds, or with Alt crowds. So, I’ll go in knowing a few that I definitely will tell, and then based on how comfortable the crowd is with me, or how far right or left I can take it, . . .  I have about five or six minutes that work for all three, for Jewish, Black, and alt crowds. And you know, it changes. I don’t do the same show for every Jewish crowd. If I’m doing a 20’s and 30’s Jewish crowd, I’ll have a different set than if I’m doing a 50’s and 60’s Jewish crowd. Or, in Atlanta, people assume all black crowds are the same. They’re not.

To see more of Noah, visit hist website at noahgcomedy.com, can check out Comedy Freaknik on the second Saturday of every month.