In a year when the electorate saw the tone of political discourse take a nosedive toward the gutter, there was one candidate above all others who brought some much needed levity (intended, or not) to the 2012 election season: Mindy Meyer, “The Magenta Yenta”. 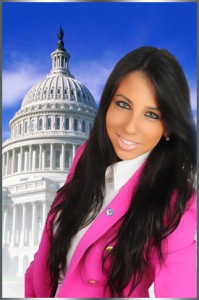 Because she wears magenta. Get it?

Whether skipping her only televised debate, displaying a staggering lack of familiarity with local politicians, or staging an Inwood Country club fundraiser straight out of Ringling Brothers (complete with elephant) Mindy and her campaign were many things, but “boring” they were not. Unfortunately, neither were they particularly “competent”. 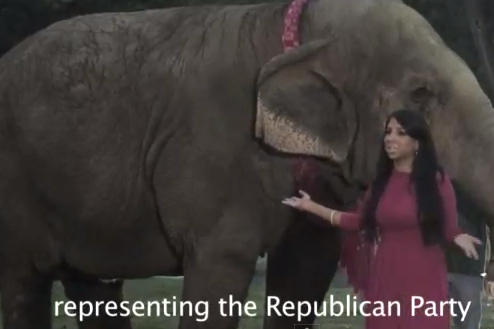 Definitely not turning this race into a circus

Now, with all the votes tallied, we are sorry to announce that Ms. Meyer has lost her quixotic bid to represent the 21st district in New York’s state senate to incumbent democrat Kevin Parker. While the election was a close one, with Mindy winning a commanding 3% of the vote, compared to Parker’s anemic 97%, we face the ultimate truth that all good things must come to an end. So, with tears in our eyes, and pink sparkly glitter in our hearts we say goodbye to you, Mindy Meyer. And we take solace in the fact that, given your penchant for tacky theatrics and imperviousness to embarrassment, we’ll almost certainly be seeing you again.

Whether we want to, or not.