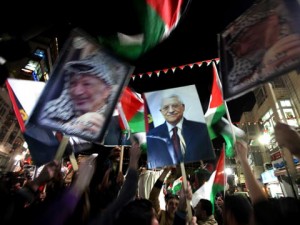 Remember the IPhone 4S, and how exciting it was?  At least for a week, until you realized that asking Siri to find you “humus” would lead you to a compost heap.  Well, the Palestinians didn’t even get that long.  Fresh on celebrating their new upgrade to “non-member state” at the UN (whatever exactly that entails), they found out how little that upgrade actually meant when Israel announced plans to look into expanding into the E1 area that separates the suburb of Maaleh Adumim from Jerusalem (see map, below). 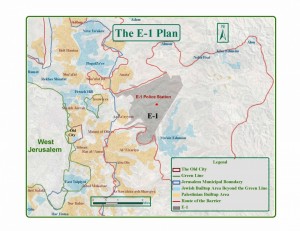 This particular move is particularly controversial since, if Israel built housing there, it would do a pretty good job of isolating East Jerusalem from any possible Palestinian state.  On top of Israeli approval to build a new Jewish neighborhood in East Jerusalem that would further isolate that section of the city from the Palestinian West Bank, all of this suggests that the next time Abbas wants to do something for his people, he might be better off just getting them an Iphone 5.